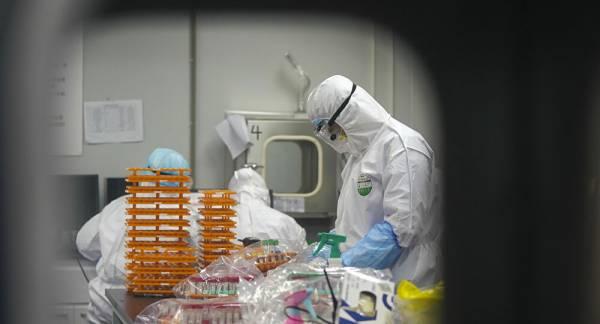 One of the greatest mysteries of the coronavirus pandemic is how exactly the virus made its way to humans. The most widespread theory holds that it jumped from bats to humans, but some insist that a virus lab in Wuhan was at the epicentre of the outbreak.

There is very little chance, for several reasons, that the SARS-CoV-2 has been accidentally released from a Chinese laboratory, according to a US pandemic specialist who has worked with Wuhan researchers.

Mazet has led a US-funded pandemic early warning programme called PREDICT, which was wound down just months before the novel coronavirus was detected in China. That project provided money and training to virologists across the globe, including in Wuhan, the Chinese city where SARS-CoV-2 was first detected in December 2019.

The Wuhan Institute of Virology houses China’s first Biosafety Level 4 laboratory – a rare type of lab that deals with the most dangerous pathogens in the world, with the highest level of biocontainment.

There is still scarce evidence as to where the coronavirus came from. The most widespread assumption, backed up by research, is that it has a natural origin and jumped from bats to humans, either directly or through an animal intermediary.

However, there is also a yet-unconfirmed theory that SARS-CoV-2 was leaked from the Wuhan lab. US President Donald Trump has publicly backed this theory, and the US intelligence community is currently investigating it. The lab has denied any role in spreading the virus.

Notably, however, the US national intelligence director’s office has ruled out that the coronavirus was either man-made or genetically modified.

Why is the Wuhan lab unlikely to have been involved?

Jonna Mazet told Business Insider that she had spoken to Shi Zhengli, a prominent Wuhan researcher of bat-borne coronaviruses. She said that Zhengli is “absolutely positive that she had never identified this virus prior to the outbreak happening”.

Zhengli said in an interview published last month that she had gone through the lab’s records and found that none of the sequences of the new coronavirus matched those of the viruses sampled by her team in the past – something that rules out a leak.

Secondly, Mazet said, Wuhan virologists use “extreme personal protective equipment” and study only the samples that have been deactivated using chemicals, while the containers with the “active” virus are kept in a special area.

She also pointed out that some visitors of bat habitats, like tourists and poachers, wander into those places less protected and are at a high risk of being exposed to viruses, unlike virologists who collect samples wearing protective equipment.

Daszak estimated that from 1 million to 7 million people get infected by bat-borne viruses in Southeast Asia every year.

“If you look at the labs in Southeast Asia that have any coronaviruses in culture, there are probably two or three and they’re in high security,” he said. “The Wuhan Institute of Virology does have a small number of bat coronaviruses in culture. But they’re not [the new coronavirus], SARS-CoV-2. There are probably half a dozen people that do work in those labs. So let’s compare 1 million to 7 million people a year to half a dozen people; it’s just not logical.”

Previous : Liam Mackey on the night the Theatre of Dreams came true
Next : Indian Armed Forces Express Gratitude Towards ‘Corona Warriors’ with Flypasts Even as Cases Grow