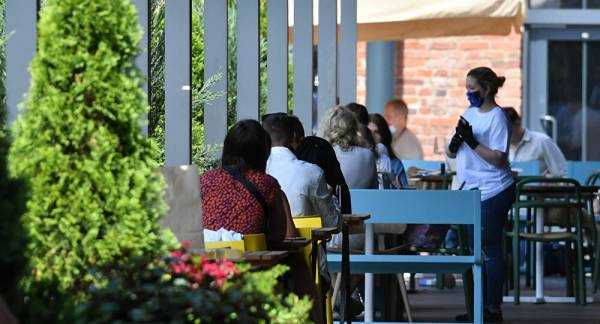 As a major scientific power with nearly a century of vaccine research under its belt, Russia was one of the first countries in the world where scientists managed to sequence the whole genome of the novel coronavirus (SARS-CoV-2), and begin the creation of several different COVID-19 vaccines simultaneously.

Recent testing of the population and signs of growing natural herd immunity to the coronavirus appears to demonstrate that Russian researchers working on whole-virus inactivated vaccines are on the right track with their work, says Dr. Alexander Sergeev, President of the Russian Academy of Sciences.

“We are hearing a lot of talk about subunit vaccines, DNA vaccines, RNA vaccines – these are high-tech in the field of new vaccines against coronavirus. However, by no means should one discount whole-virus vaccines, which have worked well to this day. We believe that creating such a vaccine against SARS-CoV-2 is very interesting and promising work,” Sergeev said, speaking at an Academy of Sciences conference supported by Russia’s Ministry of Science and Higher Education and the Scientific Russia web portal.

According to the academic, trends on coronavirus infection rates in Russia, where testing is among the highest-per-capita in the world (19 million and counting), seem to clearly demonstrate the value of the whole-virus vaccine approach.

“COVID-19 is characterized by a large number of asymptomatic patients. Such patients get a certain viral load and produce antibodies, but without showing any significant symptoms. In fact, relatively speaking, this is a kind of [natural] whole-virus vaccination,” he explained.

Sergeev believes Russia’s declining new coronavirus infections, (which stood at at roughly 6,700 cases on Monday, down from 10,000+ daily new cases weeks earlier), may be an indication that the production of antibodies is forming a type of herd immunity.

He pointed out, for example, that recent data from Moscow has shown that some 17 percent of those tested show COVID-19 antibodies, with this number growing to 30 percent among physicians. “This interesting observation that tells us that whole-virus vaccines can play an important role in fighting the coronavirus,” Sergeev stressed.

A ‘whole virus vaccine’ is a vaccination approach that uses the entire particle of a virus, but one which has been killed or artificially weakened and thus ‘deactivated’ using heat, chemicals or radiation. Russian scientists have had substantial experience in the development of whole virus vaccines going back to the 1930s, and have used this scientific approach to create a whole range of vaccines which have been used not only in Russia, but exported to countries around the world.

The Chumakov Center for Research and Development of Biological Products, named after famed microbiologist and virologist Mikhail Chumakov, is currently at the forefront of the Russian effort to develop a whole-virus inactivated vaccine for the coronavirus. The vaccine is being created under the direction of Dr. Aydar Ishmukhametov, the institute’s director. The Chumakov Centre has vast experience in the creation of vaccines under its belt, both for Russian and foreign markets, having produced whole-virus vaccines for polio, tick-borne encephalitis, and yellow fever, and others.

At the moment, researchers at the center are working on the creation of technologies to allow for the industrial-scale production of COVID-19 particles, along with their purification, deactivation and control, as well as the means to obtain a stable form of the vaccine in finished dosage form.

Researchers expect preclinical trials to be completed by early August, with pilot production expected to begin in September. Scientists estimate that they will be able to produce between 7-10 million doses annually.

Recently, speaking at a press conference organized by RIA Novosti, Sputnik’s sister agency, Dr. Sergeev announced that he would be prepared to get vaccinated using the whole-virus coronavirus vaccine if and when it was created.