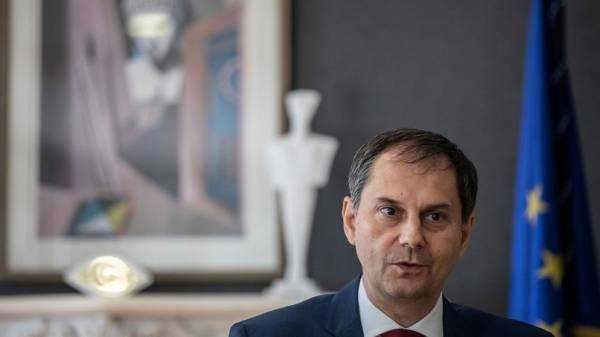 ATHENS, Greece —
Greece is ready to welcome tourists from all over the world this summer but will be adhering to the advice of health experts to ensure it remains a safe destination in terms of the risk of coronavirus spread, the country’s tourism minister said Tuesday.

“This has been a very stressful year for everyone, and the refilling of the batteries is the call of the day. But of course, we will have to wait for the experts, for the international bodies, to say when this is safe to do so,” Tourism Minister Harry Theoharis said.

“We don’t want to put at risk the people that visit us. And, of course, our population,” Theoharis told the AP in an interview.

The government imposed a lockdown early in Greece’s coronavirus outbreak, a move credited with holding infections to a level considerably lower than many other parts of Europe. Greece had a total of just over 2,900 confirmed cases and 179 deaths as of Tuesday, when only 12 people were intubated in intensive care units.

Lockdown restrictions have been gradually eased to the point where life is almost back to normal. But the country is heavily dependent on tourism, and the government has been eager to attract foreign visitors for the summer season. Greece is gradually emerging from a brutal decade-long financial crisis that wiped out a quarter of the economy,

Authorities are now faced with the delicate balancing act of promoting Greece as a safe, attractive destination while also ensuring that the visitors who come don’t trigger a new outbreak.

The government has outlined a two-part schedule for jump-starting tourism. As of June 15, visitors will be able to fly into Athens or the northern city of Thessaloniki. Direct international flights to regional airports, including on islands, will be allowed from July 1.

Greece last week announced that visitors from 29 countries would be subject to random coronavirus testing and no quarantine, rather than the compulsory tests for every passenger and quarantines that currently apply. The announcement angered some nations, including neighboring Italy, that were not included.

However, the government later clarified the measures referred to flights originating from specific airports rather than countries. Greece, it said, is basing its decisions on a European Aviation Safety Agency list of airports with high risk of coronavirus transmission.

Visitors can still fly to Greece from those airports, but will be subject to compulsory testing, and either a seven-day self-quarantine period if they test negative for coronavirus, or a 14-day supervised quarantine if they are found positive.

“Perhaps it was a misunderstanding that we’re blocking entire countries or anything of the sort. This is not what we intended to convey,” Theoharis said.

“We’re not actually blocking countries, but airports. And, you know, that shows that this is not about specific passports or nations,” Theoharis said.