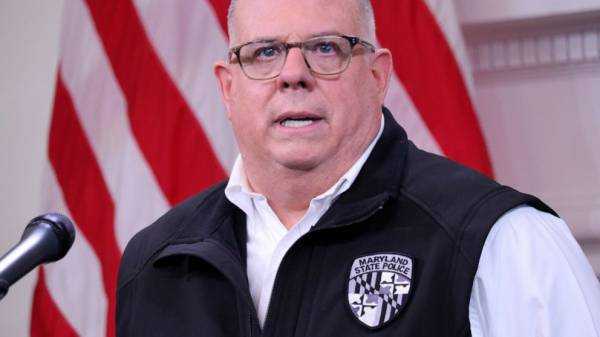 Michael Ricci, Hogan’s spokesman, confirmed in an email that Maryland has received subpoenas from federal prosecutors. The contract was with Blue Flame Medical, a company founded by two politically connected Republicans. Ricci declined to elaborate on the subpoenas.

“Federal authorities have requested that we not discuss that,” Ricci wrote in an email.

During a news conference Wednesday afternoon on developments related to the state’s coronavirus response, the governor discussed his decision last week to cancel the contract and to direct the state’s attorney general to investigate.

Hogan said he told the Maryland Department of General Services last week to cancel an emergency order for masks and ventilators.

“We directed Attorney General Brian Frosh to begin an investigation of a company called Blue Flame Medical for failure to perform and for potential misrepresentation,” Hogan said.

Raquel Coombs, a spokeswoman for Frosh, confirmed that the referral was made to the attorney general, but she did not elaborate.

Hogan also noted media reports of a federal investigation into this company’s interactions with multiple states, including California.

“It is unconscionable that anyone would try to exploit this pandemic for profit or for personal gain, which is why I’m so pleased we were able to act so swiftly to uncover Blue Flame’s potential wrongdoings and to alert the authorities,” Hogan said.

Ethan Bearman, an attorney for the company, did not immediately return a call seeking comment Wednesday.

Hogan said Maryland has spent “hundreds of millions of dollars” on trying to acquire scarce personal protective equipment during the pandemic. Maryland has had to compete with other states, as well as the federal government, and foreign countries to find the equipment.

“We don’t do this on a normal basis, but if we didn’t find them people were going to die, so we had to find unusual sources, ways to get them,” Hogan said.

Maryland lawmakers have called for tighter oversight of money spent to respond to the pandemic. Hogan said the urgency of finding the equipment created procurement challenges.

The Wall Street Journal reported last week that the state signed a deal on April 1 with Blue Flame Medical for 1.5 million N95 masks and 110 ventilators. But the equipment never showed up, and Maryland canceled the contract.

Gula told the Wall Street Journal that under the terms of the deal, the company has until June 30 to fulfill the order.