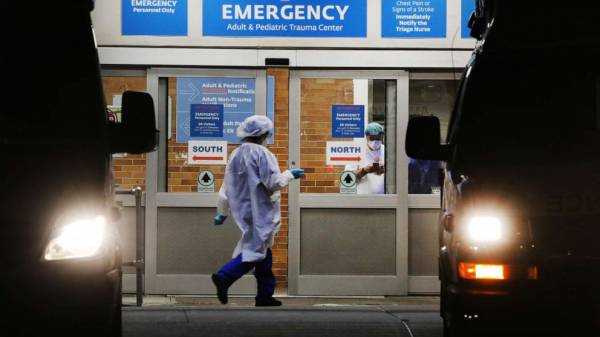 The first doses of an experimental novel coronavirus vaccine have been given to people in several states as part of a clinical trial to find a defense against a disease that has killed more than 70,000 Americans.

It’s still unclear if the drug will work, and would be months away from potentially being available to the public, but the drug candidate from pharmaceutical giant Pfizer and a German partner is now a contender to be the first vaccine of its kind ever approved to prevent an infectious disease.

Unlike most vaccines in which an inactivated or otherwise safe version of the virus is injected into the patient, this experimental one relies on the body’s own genetic material.

“It’s a novel approach to vaccination,” said Dr. Mark Mulligan, director of the NYU Langone Vaccine Center, one of four sites chosen to lead the trial.

There are four candidate vaccines from Pfizer in a category known as messenger RNA vaccines. They’re based on ribonucleic acid, a form of genetic material that sends the body a message to produce a new protein. Once the protein is made, it triggers the body’s immune system to make antibodies — essentially tricking the body into protecting itself against the coronavirus before it ever encounters it.

“We ask the body to be the factory to make the vaccine protein that’s needed and then we get an immune response,” Mulligan told ABC News. “Hopefully that would be the one that would provide protection in the future.”

The research program is long-term and will proceed in stages, starting with the months-long trial involving 360 healthy adults 18 to 55 years old in New York, Maryland and Ohio. Older adults will only be immunized with a vaccine candidate once testing in younger adults has provided initial evidence for safety and desired immune responses.

“We’ve had a phenomenal response,” Mulligan said of those who volunteered for the trial. “It has been very impressive how New Yorkers are looking to want to fight back, to be altruistic, to help, to be part of the solution.”

There are more than 100 vaccines being studied around the world, but the Pfizer candidates are among just a handful that the World Health Organization said have progressed into human studies.

“The short, less than four-month time frame in which we’ve been able to move from pre-clinical studies to human testing is extraordinary,” said Pfizer CEO Albert Bourla.

President Donald Trump has boasted the U.S. could develop a vaccine “by the end of the year,” though he appeared to hedge that prediction recently. The mRNA vaccines NYU, the University of Maryland, the University of Rochester and Cincinnati Children’s Hospital are now studying may take more time.

MORE: Is it possible to have a safe coronavirus vaccine by New Year’s Eve?

Mulligan expected it would be sometime in the fall before the researchers know whether the vaccine is safe, well-tolerated and produces a promising immune response. If so, additional testing would begin involving thousands of people that could last a number of months.

“The duration of time will depend on the amount of ongoing transmission there is,” Mulligan said. “If there’s still a lot of transmission we’ll get an answer quicker. If there’s very little transmission it’ll take a lot longer.”

The clinical trial will investigate four different candidates that are all variations on the messenger RNA theme. And though the trials may take a while, if successful, this kind of vaccine could be quickly scalable.

“These are very suitable vaccine platforms for rapid responses which is what we need in a pandemic,” Mulligan said. “These can be produced and can be produced in large numbers of doses and fairly rapidly.”

Previous : Fears of ‘second wave’ hang over coronavirus successes
Next : Nursing homes seek $10B from feds as coronavirus cases continue to overwhelm elderly