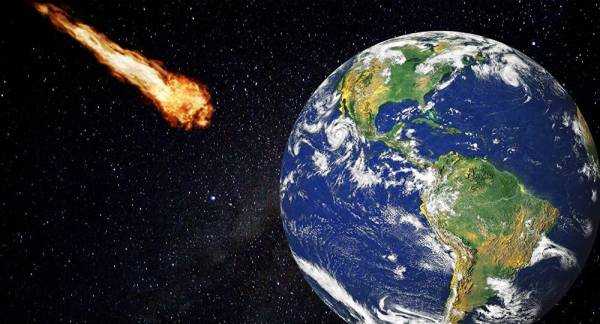 The researchers suggest that the iron asteroid which produced the event in question didn’t slam into Earth but shot back into space instead.

A group of Russian scientists has come up with an interesting explanation for the Tunguska event, probably the largest and most famous impact event in Earth’s history.

According to Science Alert, the researchers postulate that the event in question was caused by a large iron asteroid which passed through the planet’s atmosphere at a “relatively low altitude” before shooting off into space again. The hypothesis would explain one of the key characteristics of the Tunguska event – the lack of an impact crater at the site.

Having ruled out the possibility of the asteroid being comprised of rock or ice, as it apparently wouldn’t have survived such a flight, the researchers argue that “the Tunguska event was caused by an iron asteroid body, which passed through the Earth’s atmosphere and continued to the near-solar orbit”.

The team points out, however, that their study still has “some limitations they hope can be resolved with future research”, as the media outlet puts it.

The Tunguska event occurred on 30 June, 1908 when a large explosion flattened trees over a 2,000-square kilometers area in the vicinity of the Podkamennaya Tunguska River in Russia’s Siberia.

While the explosion was classified as an impact event, and is generally attributed to a meteoroid bursting in the atmosphere, no impact crater has been found at the site.

Previous : The Note: Biden faces ‘tempo’ challenge from allies
Next : PFA chief says halves may be shorter than 45 minutes when Premier League returns