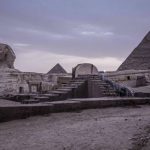 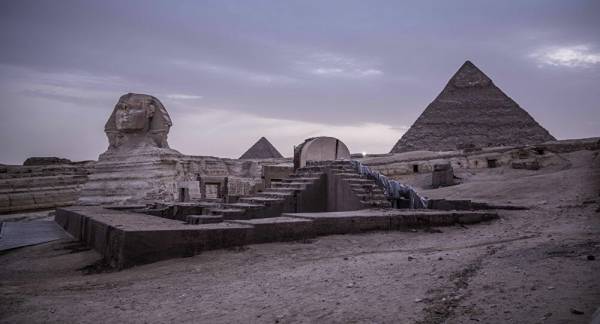 Over the past few decades, researchers have increasingly proposed a handful of possible celestial alignments for the pyramids, especially with the Giza pyramid complex, given that ancient builders are believed to have been exceptionally attentive to signs from heaven, which is sure to have had a bearing on the choices they made.

Although the idea that the iconic Egyptian pyramids are indeed aligned with the stars may seem plausible given that ancient Egyptians kept tabs on the night sky, it’s considered to be a marginal one in archaeology, the magazine Astronomy wrote.

The idea that “the pyramids were created to serve as a gateway to the stars”, propelled by Robert Bauval’s New York Times bestseller, “The Orion Mystery”, is deemed as nothing other than a fringe idea, the website states, adding there is neither physical evidence of this, nor anything in ancient Egyptian texts signalling the design of the monuments from the decades around 2500 B.C. was intentionally linked to celestial arrangement.

Excavation workers walk in front of the step pyramid of Saqqara, in Giza, Saturday, July 14, 2018. Archaeologists say they have discovered a mummification workshop dating back some 2,500 years at an ancient necropolis near Egypt’s famed pyramids. (AP Photo/Amr Nabil)

According to 2009 research, one of the three structures, the Pyramid of Menkaure, which is much smaller and sits a little farther away, seems to have been an afterthought. This points to the distances between the monuments having no connection to the spacing between the three stars of Orion’s Belt, in contrast to what Bauval claimed.

This is not the only reason why the Orion Correlation Theory typically meets opposition and criticism: it’s often loaded with other contentious claims. In particular, those who defend the idea most energetically are usually the ones promoting speculation about ancient aliens and forgotten technologically advanced cultures, Astronomy says.

For instance, author Graham Hancock suggested that the pyramids, along with other wonders of the ancient world, are actually heritage of a forgotten but advanced ancient civilisation.

The Orion Correlation Theory evolved from researchers’ interpretations of two enigmatic shafts discovered in the Great Pyramid of Giza that originate in the so-called “King’s Chamber” and travel further into the pyramid’s walls. Many believe these are air shafts, although it remains unclear what purpose they served.

Others, however, think these tunnels signified pathways to heaven, since the pyramids house the tombs of dead pharaohs, and are thus instrinsically linked to the afterlife and ancient conceptions of it.

Back in the 1960s, a group of Egyptologists suggested these were actually star shafts built to point to the most prominent stars and constellations, as the idea of heaven was predominant in ancient Egyptians’ worldview.

Two researchers, Virginia Trimble and Alexander Badawy, suggested that one of the shafts seems to aim in the general direction of where the North Star would’ve sat when the pyramids were erected. The other of the two largely points toward Orion’s Belt, known to be important in ancient Egyptian mythology, as its stars represented Sah, the father of the Egyptian gods.

The pole stars, including the North Star, were dubbed “imperishable stars” or “the indestructibles”, closely tied to beliefs about the afterlife. “I [the king] will cross to that side on which are the Imperishable Stars, that I may be among them”, the Pyramid Texts, the oldest ancient Egyptian funerary texts, read.

Apart from the shafts, there are other possible alignments to take into account, too. For example, sunset during the winter solstice falls right above the Pyramid of Menkaure, as seen from the Great Sphinx of Giza, while the corners of the Great Pyramid also correspond precisely to the cardinal directions: north, south, east, and west, purportedly as a result of builders having scrupulously taken into consideration the motion of the Sun.

In 2020, researchers from Leeds University, the UK, announced they would try resolve the shaft mystery once and for all, after launching a tiny robot there. The robot successfully made its way through all 200 feet (60 metres) of one shaft, capturing nine hours of video footage along the way.

In a surprising development, the robot happened to whizz a camera past the intentionally placed stone blocking the shaft, enabling it to discover a small chamber with elaborate symbols drawn on the floor. Beyond this point, there was a second stone that the robot couldn’t get around, leaving it to another, forthcoming scientific mission.

“Given the artwork, it is likely the shaft served a bigger purpose than act[ing] as an air vent”, Rob Richardson, a robotics professor at Leeds University and the project’s technical head, said in the initial announcement of the discovery, stressing that the “mystery of the Great Pyramid continues”.