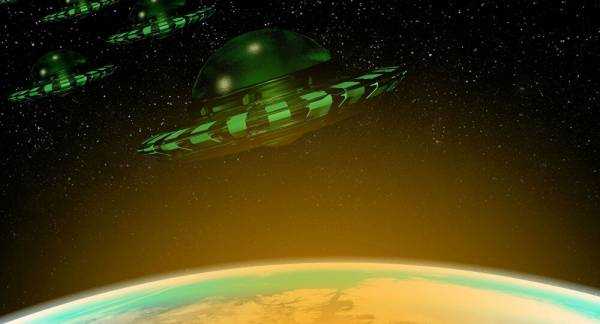 Last year, the former Blink-182 singer and founder of the UFO-oriented To the Stars Academy of Arts and Sciences started producing a documentary series investigating reported incidents of alien sightings. The new season of the mesmerising show is expected to unveil even more UFO-related mysteries.

Ex-Blink-182 singer Tom DeLonge will join forces with former US government official Luis Elizondo for a new season of Unidentified: Inside America’s UFO Investigation in a bid to uncover alien-related mysteries.

According to the 44-year-old founder of To the Stars Academy of Arts and Sciences, which focuses on ufology matters, humanity will soon be able to find a link between ancient structures, such as the pyramids, and extra-terrestrial guests of our planet.

“My gut tells me we are going to be able to pull this all together”, the UFO hunter told the Daily Star. “One of the biggest ­misconceptions is that we are only experiencing these phenomena in modern time. There are a lot of unanswered questions about a lot of things going back thousands of years”.

The rock star cited “ancient Indian texts” to argue that they occasionally tend to feature “descriptions of flying crafts with twisting ­engines, similar to what people have seen in the past 60 years”.

“I have a feeling we are going to get to a place where our ­understanding of things such as the pyramids might change as we learn more about what these are and where they come from”, DeLonge added.

In his investigation into the US government’s alleged “cover-up” of UFO sightings, the musician will be joined by former counter-intelligence officer Luis Elizondo, who claims that he spent eight years running a secret Pentagon programme that studied “aerial encounters with unknown objects” across the United States.

Elizondo now works for DeLonge’s company, To the Stars Academy of Arts and Sciences, and was behind the release of three famous videos allegedly featuring US military encounters with UFOs in 2004, 2014, and 2015.

The authenticity of the mysterious footage taken by US Navy fighter jets flying from the USS Nimitz and USS Theodore Roosevelt aircraft carriers has now been confirmed by the Pentagon, which officially declassified the videos in April 2020. The USS Nimitz UFO incident in question was also discussed in-depth in the first season of the Unidentified TV series, which was first launched in May last year.