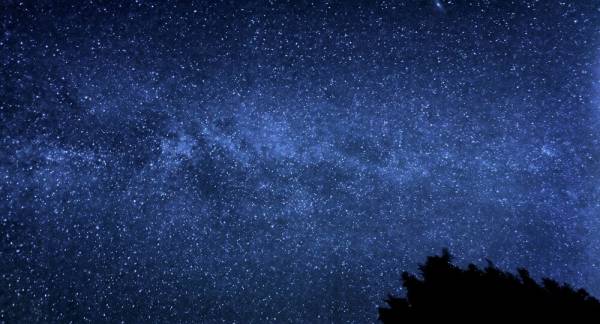 Stellar pulsations are caused by the repeated contraction and expansion of the outer layers of stars, a process that occurs in order for the object to maintain equilibrium, but also causes the luminosity of the heavenly body to fluctuate and give off a pulse-like glimmer. Now, researchers have found a star that lost nearly all of its brightness.

Astronomers have discovered a massive blinking stellar object at the center of the Milky Way that seemed to nearly disappear from the cosmos after an unknown celestial body eclipsed the star, a study published Friday has revealed.

The star, which officials have named VVV-WIT-08, is situated some 25,000 light-years away, and is said to be 100 times larger than the Sun. The “WIT” portion of the star’s name stems from the “what is this” category.

An international team of astronomers were able to pinpoint the so-called “blinking” star when reviewing data dating back to 2010 that was collected by the European Southern Observatory’s Vista telescope in Chile.

Officials determined that the star began to fade in early 2012 and nearly vanished by April 2012 before suddenly regaining its luminosity over the next 100 days. Telescope observations indicate the star temporarily lost about 97% of its brightness.

Leigh Smith, an astronomer with Cambridge University’s Institute of Astronomy who also led the study, told The Guardian that the dark object “appeared to come out of nowhere.”

As to what caused the star to shy away from the limelight, researchers remain unsure, but have speculated that a much larger unknown dark object may have simply eclipsed VVV-WIT-08.

While simulations suggested that such an event would be highly unlikely without a high number of dark objects, researchers believe it’s much more plausible that the Vista telescope’s view of the star was either blocked by a dusty disc surrounding an orbiting planet, or that another star simply took centerstage during that specified period of time.

It’s worth noting that although VVV-WIT-08 is not the first “blinking” star that astronomers have uncovered, the stellar being is more than likely to help provide a better understanding of the potential new class of giant stars. One of the more popular such stars is known as Epsilon Aurigae, which loses about half of its brightness every 27 years.

Researchers believe that VVV-WIT-08 could dim once again in the next 20 to 200 years.

The team’s findings will be included in the August 2021 edition of the Monthly Notices of the Royal Astronomical Society.