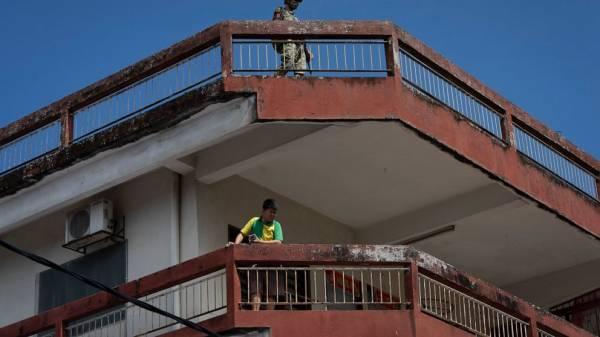 WELLINGTON, New Zealand —
New Zealand reported no new cases of the coronavirus on Monday, marking a significant moment that indicated the country’s bold strategy of trying to eliminate the virus was working.

It was the first time since the outbreak took hold in mid-March that the country has reported zero new cases.

Director-General of Health Ashley Bloomfield said the figures were clearly encouraging and a cause for celebration but it won’t be known until later this week if new cases continue to pop up in the community.

New Zealand closed its borders and imposed a strict monthlong lockdown after the outbreak began.

The lockdown rules were eased a little last week to help reopen the economy, but many restrictions remain in place. Many businesses —including most retail stores and sit-down restaurants — remain closed, most school children are learning from home, and people are required to maintain social distancing.

New Zealand has reported nearly 1,500 cases of the virus and 20 deaths.

— MALAYSIAN BUSINESSES REOPENING: Many business sectors reopened in parts of Malaysia as Prime Minister Muhyiddin Yassin’s government sought to balance between curbing the virus and reviving the hard-hit economy. But the move has split public opinion amid fears that the sudden reopening of economic activities could spark a new wave of infection. Nine of the country’s 13 states, including the richest state Selangor, either refused to reopen or restricted the list of businesses that can operate. Mass gatherings and interstate travel remain banned. Virus cases have dropped sharply in recent weeks but a slight rise of 227 infections was reported over the weekend. Malaysia has confirmed 6,298 cases, with 105 deaths.