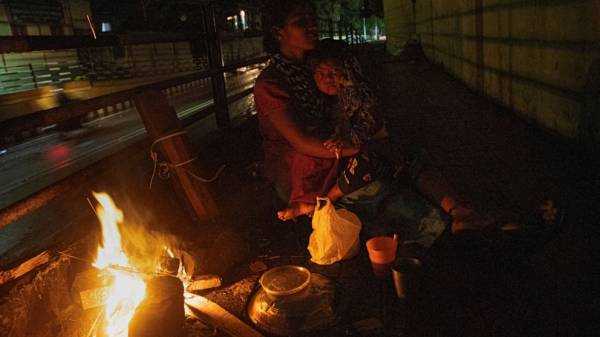 NEW DELHI —
Health officials are rushing to contain the spread of the coronavirus in India’s southern city of Chennai, where a large cluster has been identified among people at one of the country’s largest markets for fruit, vegetables and flowers.

The busy Koyambedu market, with 500 shops spread over 250 acres, is central to the food supply chain in Tamil Nadu and neighboring states. It had remained open through India’s nationwide lockdown, and hundreds of traders visited regularly until the market was shut on Monday after the viral cluster was detected.

Some 7,000 people connected to the market were being traced and quarantined, J. Radhakrishnan, the nodal officer for COVID-19 in Chennai told The Associated Press late Tuesday.

A list of those potentially infected was shared with other districts since many people exposed to the virus had returned to their homes in different districts in the region, Radhakrishnan said. “Most of them have been quarantined,” he said.

Chennai now has 2,008 cases, with 545 of them detected in two days. Tamil Nadu has confirmed 4,058 cases and many of its fresh cases were linked to the market, the state government said in a statement.

Radhakrishnan said the government was “aggressively testing” to try and ensure that customers, whose visits to the market had not been tracked by the public health machinery, would also be identified.

The market cluster contributed to India’s biggest single-day increase in virus infections yet, 3,900 cases and 195 deaths from COVID-19. Those figures reported Tuesday brought India’s totals to over 46,000 cases in all and over 1,500 dead. The health ministry attributed the spike to reporting delays by state governments, but experts remain worried.

They credit the strict, six-week lockdown with giving India time to prepare hospitals, equipment and personnel and to ramp up testing, but they still wonder if it will be enough to avert major catastrophe in a country with limited medical care and vast numbers of poor among its 1.3 billion people.

The government eased the lockdown on Monday, allowing some movement and business to resume in areas less affected by the virus while maintaining lockdown measures in hard-hit areas like New Delhi and Mumbai.

— INDONESIAN ELECTIONS DELAYED: The coronavirus has delayed Indonesian regional elections being decided by more than 100 million voters. President Joko Widodo signed a regulation that would move the elections from September to December or later depending on the pandemic situation, the State Secretariat website said. The vote would elect 9 governors, 37 mayors and 224 district chiefs across the archipelago. The General Election Commission already had delayed election preparations because organizers have become ill with COVID-19. The election authority said postponement was the most viable option to prevent the further spread of the virus to rural areas. Indonesia has confirmed 12,071 cases and 872 deaths.

— LOW SOUTH KOREAN CASES: South Korea reported no fresh cases in cities and towns Wednesday, with its only two new cases detected in airport screenings. The Korea Centers for Disease Control and Prevention’s update brought national totals to 10,806 infections and 255 deaths. With few local cases recently, the country is relaxing social distancing and preparing to reopen schoolsstarting next week. Imported cases have declined as authorities stepped up border controls, such as quarantining all arrivals. Prime Minister Chung Sye-kyun said preventing an overwhelming of hospitals in the densely populated Seoul metropolitan area would be key to prevention of a second wave of infections.

— DROP IN CHINA: China reported just two new virus cases and no deaths, with 339 people remaining in treatment. It has not reported a death from the illness for more than three weeks. Another 908 people were being observed as suspected cases or for having tested positive for the virus but showing no symptoms. China has recorded 4,633 deaths from COVID-19 among 82,883 cases of infection.

Previous : Over a Quarter of Democrats Want New Nominee Amid Biden Denial of Tara Reade’s Accusations – Poll
Next : Federal Reserve Sees US Economy Rebounding in 2nd Half of 2020 – Vice Chairman