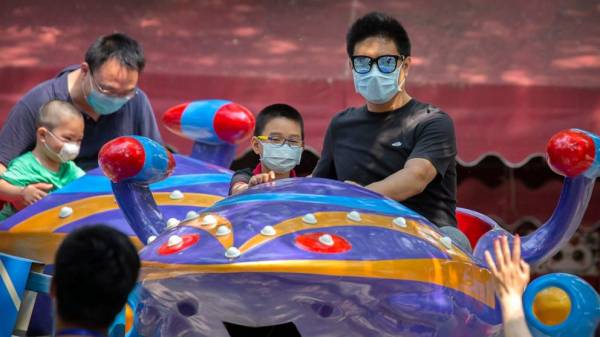 One new case was in inland Shanxi province, west of Beijing, and the other was an imported one in Shanghai. China’s official confirmed case count stands at 82,877. Most of the patients have recovered and been discharged from hospitals.

China reported no new deaths Saturday and has recorded just one in the past two weeks. The country’s official death toll has reached 4,633.

The government has blocked virtually all foreigners from entering the country and sharply curtailed the number of international flights, making it difficult for Chinese citizens to return from overseas too.

Follow AP news coverage of the coronavirus pandemic at http://apnews.com/VirusOutbreak and https://apnews.com/UnderstandingtheOutbreak.