As some states race for mass testing in nursing homes, others lag behind 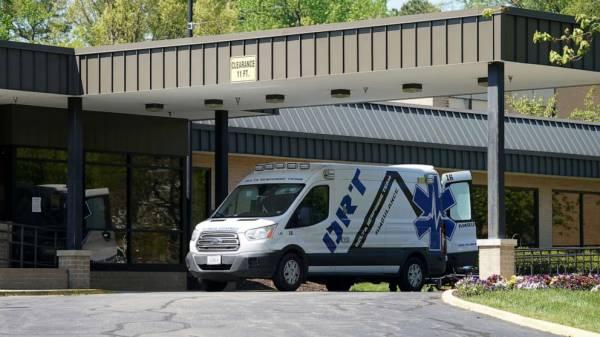 Governors in Maryland and Tennessee this week began requiring faster and more comprehensive coronavirus testing in nursing homes, a potentially-life saving step that is still lagging in many parts of the country despite thousands of deaths among the nation’s most vulnerable, an ABC News review has found.

The actions by those governors came as the Centers for Disease Control and Prevention (CDC) designated nursing home residents – even those not showing symptoms – as a top priority for testing, along with first responders and other healthcare workers.

In recent days, public health experts have begun an aggressive push for rapid-response, “universal” nursing home testing, calling on long-term care operators to urgently administer tests to all of the residents and staff at the first sign the coronavirus has entered a facility.

Fast and thorough testing is now believed to be a critical early step in trying to prevent an outbreak from turning into yet another a mass-fatality event.

“As you start to see sporadic cases in different parts of the facility, then I’m pushing for significantly expanded testing,” said Dr. Danny Avula, a Virginia health official who said he learned an important lesson from the catastrophic outbreak inside the Canterbury nursing home in Richmond, Virgina, where 49 residents died over a short span last month. “Let’s test all of the healthcare workers, and all of the residents.”

Of the 17 states that provided a response to questions from ABC News about their approach to testing in nursing homes, seven said they require all residents and staff be tested after any indication of an outbreak, while 10 did not.

Some of the states said they did not impose a universal testing policy because, for several weeks, the CDC guidelines did not prioritize tests for nursing home residents if they showed no symptoms. That changed on Monday, when the agency revised its guidelines to make nursing home residents a top priority. The CDC’s move is expected make it easier for nursing homes to quickly access testing materials and get results from tests, but it does not require states to implement universal testing nor does it require nursing homes to test every resident if an outbreak is found.

Nursing homes have been especially hard-hit in the global pandemic. A nationwide review by ABC News found more than 10,000 long term care residents have died of the virus in the 28 states that responded to a request for figures. In some states, deaths in nursing homes account for as many as half of all coronavirus-related fatalities.

In early April, after the first handful of residents tested positive for COVID-19 inside the Canterbury Rehabilitation and Healthcare Center, there was a long lag before health officials were able to test the entire resident population, Avula said.

When they finally did, they found large numbers of residents were already infected – more than three-quarters of the residents tested positive. Some 60% of those were contagious even though they had not yet started exhibiting the hallmark symptoms, such as fever and cough, and so had spread the virus more widely throughout the complex.

Dr. Jim Wright, the Canterbury medical director, said the need for faster testing was one of the most important lessons from the tragic events that unfolded there.

“Get your testing in order. Make sure you can do it successfully and quickly,” Wright told ABC News. “When you have your first three or four cases, start testing your entire facility.”

At the time that the outbreak at Canterbury, testing kits were still in extremely short supply. While tests remain difficult to obtain in some parts of the country, private labs have made testing kits more readily accessible in recent weeks and created new possibilities for states to implement stringent testing in nursing homes if they choose.

Late Thursday, the federal agency that regulates nursing homes announced it would form a task force to explore ways to strengthen efforts “to enable rapid and effective identification and mitigation of COVID-19 transmission.” Experts said they already recognize universal testing as a crucial component of any effort.

Katie Sloane, the president of LeadingAge, an aging association overseeing 5,000 facilities, said she’s pushing her members to test all patients at the first sign of infection, so those with positive readings can be isolated.

Some states, like Rhode Island, Oklahoma, Utah, and Arkansas, are doing just that. Those states have put a policy in place to test all residents of a facility once a case is detected. Tennessee Gov. Bill Lee announced that would be his state’s new approach at a press conference alongside President Trump on Thursday.

Others began facing pressure to follow suit in recent weeks.

Peggy Donnelly lost her father at a Rockville, Maryland nursing home called Ingleside at King Farm at the end of March. She immediately began urging administrators there to test her 91-year-old mother and others who lived on the same floor of the facility.

According to correspondence she shared with ABC News, the medical director told her on April 25 that the Maryland Department of Health did “not support universal testing, at least at this time.” She pushed back.

“I was sympathetic to their situation, and wasn’t trying to blame everyone, but I didn’t understand why they wouldn’t start testing after people had been exposed,” she said.

MORE: Trust, testing and tracing: How South Korea succeeded where the US stumbled in coronavirus response

Representatives for Ingleside did not respond to calls seeking comment. But this week, Maryland Gov. Lawrence Hogan announced the state’s position had changed.

“An executive order is now in place for universal testing of all residents and staff at nursing homes to identify asymptomatic residents or staff,” said Charles Gischlar, a state health department spokesman. “Positive staff members will immediately be discharged into isolation to prevent the spread of the disease.”

Before Monday’s CDC action, available tests would have been tough to find for nursing home residents that lacked symptoms, said Mark Parkinson of the American Health Care Association, which represents nursing homes and assisted living facilities.

Parkinson said he is now more hopeful. With greater access to testing and the potential for faster processing, he said he wants to see more states make universal testing a top priority.