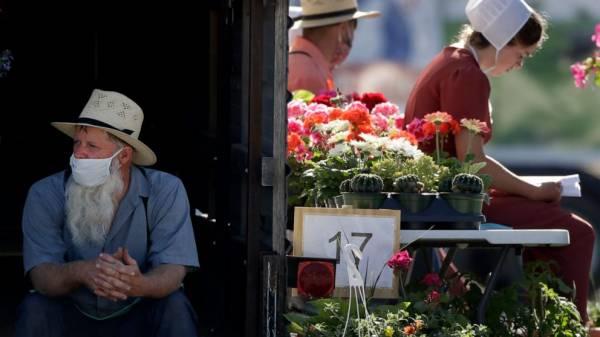 The restrictions meant to slow the spread of the new coronavirus are easing in some areas, but life remains altered.

The New York City subway system, long celebrated for its all-night service, has started to close from 1 a.m. to 5 a.m. to increase cleaning of trains and stations. That means police and outreach workers clear trains every night. The system has always been a haven for the city’s homeless, and has only become more so during the crisis.

Images from around the world this week reflected the new reality. In Kansas, a farmers market moves to a sprawling parking lot to allow shoppers to keep their distance from one another. In Paris, undertakers seal bodies in double-layer bags and ferry them to cremations that relatives are not allowed to attend.

In many places, the death and disruption the virus has wrought was hard to escape. In São Paulo, rows and rows of caskets sat just barely covered with dirt. Inmates in Lima, Peru, who complain authorities are not doing enough to prevent the spread of the virus inside their prison, have rioted.

But there were also some signs of hope that a more normal life was returning. People bought fruit and vegetables at a shop in Naples, where regional authorities have allowed cafes and pizzerias to reopen for delivery.