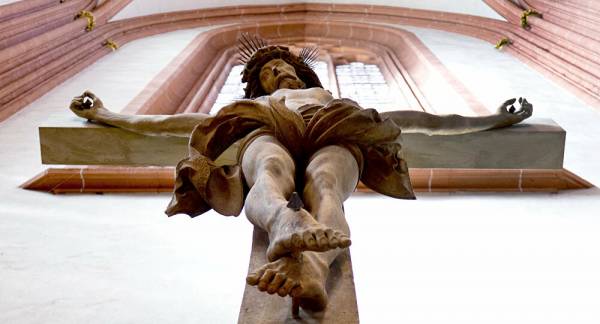 The nails were allegedly descovered in Jerusalem in 1990, in a first-century burial cave attributed to Caiaphas, the Jewish supreme priest who, according to the gospels, sent Jesus to his death. They were lost at some point, but in a 2011 documentary called “Nails Of The Cross”, filmmaker Simcha Jacobovici said he had recovered the ancient relics.

Nails purportedly linked to the crucifixion of Jesus Christ have fragments of ancient bone and wood embedded in them, a new shocking study has revealed. The lead author of the publication Dr Aryeh Shimron stressed that the nails were the same relics found in the Caiaphas cave, and had been confirmed by chemical analysis.

“We have also discovered fine slivers of wood accreted within the iron oxide rust of the nails… It is well preserved and entirely petrified… the wood is therefore ancient and not a chance or man-made fake attachment to the nails”, the researcher said. “Within the rust and sediment attached to the nails, we also identified and photographed a number of microscopic fragments of bone”.

​He also stated that the nails were sufficient to fix a human hand to a wooden cross, but stopped short of attributing them directly to Jesus himself.

“The evidence that the nails were used in a crucifixion is indeed powerful”, Shimron added. “But the only evidence we have that they were used to crucify the Jesus of the Gospels is that they were found in the tomb of Caiaphas. Does our evidence suffice? I really cannot say, I choose to rely on good science rather than speculation”.

The two nails were found in the Caiaphas cave at Peace Forest, Jerusalem – one at an ossuary, marked with Caiaphas’ name, and another at a second without an inscription.