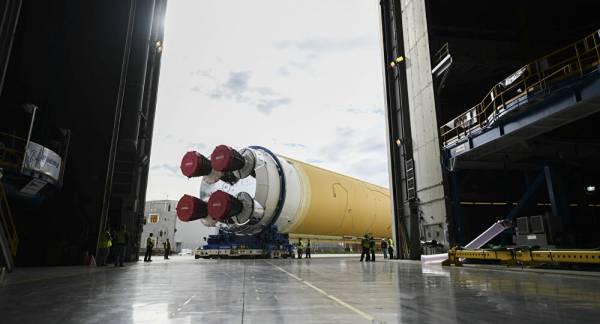 WASHINGTON (Sputnik) – The US space company Aerojet Rocketdyne will make additional 18 engines, bringing to the company’s total to 24, to propel six launches of the giant Space Launch System (SLS) rocket being built to send astronauts to Mars and beyond, NASA said in a press release on Friday.

Each SLS rocket uses four RS-25 engines, providing a total of 2 million pounds of thrust to send vehicles to space. NASA has an additional 16 RS-25 engines left over from the Space Shuttle program, which have been upgraded with new controllers and tested to fly at higher performance levels needed to power the SLS rocket, the release added.

Once completed, the SLS will be the most powerful rocket ever made. Designed to carry heavy payloads into the far reaches of outer space, the rocket’s maiden flight scheduled for late 2021 will place an uncrewed Orion Spacecraft into orbit around the moon, according to NASA.

The SLS rocket was designed for travel deep into the solar system, with heavy payloads needed to support astronauts on extended missions.