A ‘Significant Regime Shift’ Has Been Detected in the Arctic 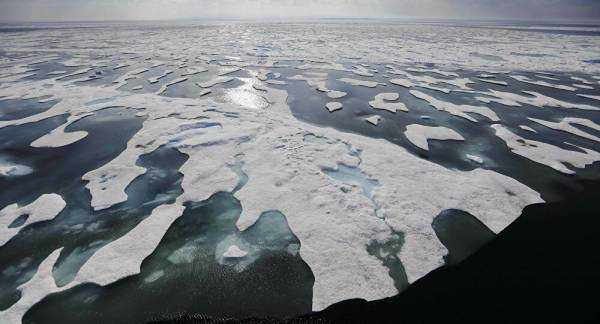 The polar region, located at the northernmost part of our planet, is a unique area home to numerous fascinating species. The region, which is rich in natural resources, is also home to over 4 million people.

There has been a “significant regime shift” in the Arctic, says a new study conducted by a team of scientists from Stanford University in California. The research focused on the surge of phytoplankton, tiny algae, that are part of the food chain. In particular, scientists looked at the net primary production (NPP), the speed with which this algae reproduces, and converts sunlight and carbon dioxide into sugar that other creatures eat. Scientists said there has been a 57 percent increase in NPP between 1998 and 2018.

“The rates are really important in terms of how much food there is for the rest of the ecosystem. It’s also important because this is one of the main ways that CO2 is pulled out of the atmosphere and into the ocean”, said Kevin Arrigo, senior author of the study and professor at Stanford’s School of Earth, Energy, & Environmental Sciences.

Previously, researchers linked the growth in NPP to the melting of ice as more areas of water became exposed to sunlight, hence algae converting sunlight more quickly. However, in 2009 when the rate of ice retreating dropped significantly, the rate of NPP continued to rise. Researchers say that this spike over the past decade occurred exclusively due to an increase in phytoplankton biomass, which grew every year. This is the first time that such growth has been reported in the Arctic Ocean.

Scientists assume the jump is linked to an influx of nutrients flowing in from other oceans.

“We knew the Arctic had increased production in the last few years, but it seemed possible the system was just recycling the same store of nutrients. Our study shows that’s not the case. Phytoplankton are absorbing more carbon year after year as new nutrients come into this ocean. That was unexpected, and it has big ecological impacts”, said Kate Lewis, lead author of the study.

So what does this “significant regime shift” mean for the Arctic and its inhabitants? Scientists say the surge in NPP and more food for animals as a result is not necessarily a good thing. Professor Kevin Arrigo notes that there’s going to be winners and losers. Although some animals will benefit from more food others will find difficult to adapt to living in an environment with melting ice.

As for the carbon dioxide, Professor Arrigo notes that the Arctic is too small to solve the planet’s problems. “It’s taking in a lot more carbon than it used to take in, but it’s not something we’re going to be able to rely on to help us out of our climate problem”.

Researchers say the Arctic Ocean could become more productive and export additional carbon in the future.