‘A distraction’? Experts warn of limitations of tech for contact tracing 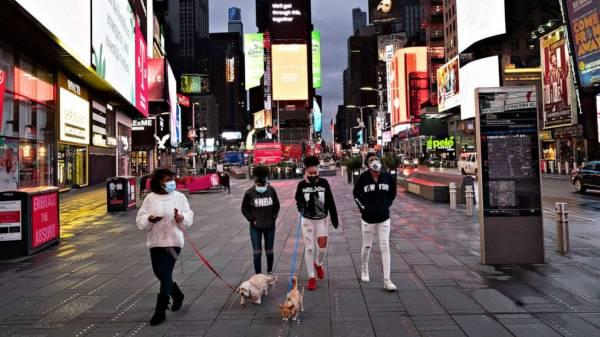 The fight against COVID-19 has been marked in part by the development of emerging technologies and leaders eager to embrace them. But as the private sector races to develop a digital system for contact tracing, a key weapon in the battle to rid the virus, experts say the time-honored human approach is still the best.

Dozens of foreign governments and some U.S. states are scrambling to find app and software developers to more effectively engage widespread contact tracing in an effort to update the centuries-old practice of identifying past contacts of a person who tested positive for the disease.

One effort, led by tech giants Apple and Google, will bring “exposure notification” to smartphone users worldwide as early as next month for those who opt-in. But some health care industry leaders are skeptical of the practicality and effectiveness of such efforts.

Dr. Tom Frieden, a former director of the Centers for Disease Control, went so far as to call digital contact tracing “something of a distraction.”

From the rise of telemedicine to broad-scale efforts in Silicon Valley, innovative approaches to curb the pandemic’s spread have largely been met with approval in health care circles. Leaders in medical innovation have lauded the usefulness of wearable fitness apps and smart thermometers in early tracking of the disease.

Traditional contact tracing, which is already underway in several states, is a labor-intensive process that requires “an army” of people, Frieden said, to connect with positive cases and re-trace their contacts. Those contacts, once notified, can then self-isolate and, in theory, diminish the likelihood of transmitting the virus.

In that spirit, public health officials and tech companies are racing to give the old-school ways a digital face lift. From Singapore to Utah, leaders have placed hope in apps designed to identify potential exposures for millions of people worldwide.

Experts, however, said there are limitations to the technological approach — most critically a population’s willingness to use it. And no matter the technology, they said, the backbone of any contact tracing effort will be the people.

“There is a large camp emerging that is arguing in favor of the traditional, shoe-leather, resource-intensive approach to contract tracing: get a list of a patient’s contacts, call those that were potentially exposed and monitor their symptoms,” said Dr. John Brownstein, the chief innovation officer at Boston Children’s Hospital and an ABC News contributor.

Dr. Dylan George, a vice president at the non-profit technology venture capitalist firm In-Q-Tel, which invests in tech solutions for the U.S. intelligence community, described the digitized proposals of conducting contact tracing as a way “to augment humans rather than replace them.”

Such a digital contact tracing plan, he said, could help in streamlining some aspects of the process, but warned against buying into any technology solution to contact tracing as “a silver bullet.”

“The Apple and Google approach of having two devices next to each other broadcasting pings and receiving those pings and then listing out those traces may be useful for some cases, but it hasn’t been proven,” George said. “I don’t think [contact tracing apps] are going to be the place where we get the biggest bang for our buck using technology.”

The technology in development at Apple and Google will leverage Bluetooth to notify users when they come into close proximity with others who have tested positive for the disease.

Proven or not, skepticism from health care technology leaders has done little to slow the dozens of efforts underway to build and enact widespread contact tracing apps. Several countries have already rolled out their own platforms with varying degrees of success.

Singapore’s government-approved app, TraceTogether, launched last month. It has since garnered nearly 6 million downloads. In Australia, the COVIDSafe app has managed more than 2 million downloads in less than a week.

Several European countries have also endeavored to leverage contact tracing technology. After initially expressing interest in using the platform being developed by Google and Apple, the United Kingdom’s National Health Service announced this week it would develop its own, centralized app.

In South Korea, where contact tracing efforts have been credited for contributing to the rapid descent in coronavirus cases, the government has made a practice of alerting people by text when neighbors test positive.

In the U.S., a handful of states have led the charge in rolling out contact tracing apps. North and South Dakota have bought into Care19, whose developer, a Microsoft engineer, repurposed another of his apps that was used to track football fans travelling to away games.

Last week, Utah’s governor announced plans to release Healthy Together, a “symptom checking mobile application that helps augment current contact tracing efforts,” according to a press release. Amelia Prebish, a Utah Department of Health program coordinator, said the app is meant “to support and enhance … the existing surveillance system” – not replace it.

With so many contact tracing platforms in progress, one critical question remains: Will people actually use them? According to a Washington Post/University of Maryland poll released last week, the majority of Americans will not.

“Nearly 3 in 5 Americans say they are either unable or unwilling to use the infection-alert system under development by Google and Apple,” the poll found.

That figure does not bode well for developers, whose platforms will rely on a “critical mass” of users in order to work.

“If you don’t get enough people using a particular app or don’t have interoperability among many apps, it’s not going to be effective,” said George, of In-Q-Tel.

Researchers at Oxford suggest that at least 60% of a given population would need to use a contact tracing app in order to stop the disease’s spread. For context, the more than 2 million users of Australia’s COVIDSafe app represent less than 10% of the population.

One “major source of skepticism” among those interviewed in the Washington Post/University of Maryland poll was concern over privacy and data.

Developers appear to recognize those concerns, and have made preemptive efforts to quell them. In a press release announcing their software, Google and Apple called “user privacy and security central to the design.” Prebish, the Utah health official, said privacy was the state’s “number one priority.”

But advocates and experts agree that any app that tracks movements and interactions is bound to raise eyebrows among users.

The American Civil Liberties Union has already published a “white paper” with principles guiding technology-assisted contact tracing. Last month, lawmakers in Congress penned a letter to President Donald Trump warning that “geolocation data is also extremely sensitive and must not be used for any other purposes.”

Experts concluded that for all its shortcomings, technology used to support contact tracing is worth pursuing, but cautiously. More importantly, experts said, contact tracing – in whatever form it takes – should represent just one of several steps leaders undertake before rushing Americans back to work.

“We can’t be running from one bright, shiny object to another,” said Frieden. “These are all part of a comprehensive approach.”