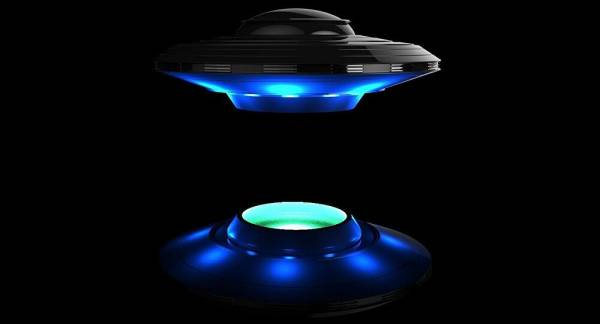 Flying circular objects have long caught the attention of sky-gazers who have been eager to enlist them as cast-iron proof that extraterrestrials do in fact exist.

A clip showing a light circular object passing across the skies of North Carolina Beach was dubbed a “100 percent proof that aliens exist” by acclaimed UFO enthusiast Scott C Waring.

According to Waring, who shared the video taken by a couple on 16 May as they were boating off the east coast of America, they saw a mysterious object. Waring added that “the glowing sphere is similar to UFOs seen in both New York and in Colorado in the past”.

“The object is easily seen against the bright blue sky and seems to move slowly in front of the clouds,” the alien enthusiast wrote on the blog. “Yes I said in front of… I watched the video in slow motion and came to the conclusion that the object is below the clouds, not behind them.”

According to the eyewitnesses, who provided the curious footage, the object also had “a dark circle or spot in the centre”.

“It seemed to rise above and drop below the clouds in relatively the same spot for hours,” the person is heard explaining in the video.

According to those enthusiasts who have dared to watch the video, we have finally been lucky enough to witness a ‘possible alien orb surveillance drone’ that has come into our atmosphere to observe our world and, no doubt, our response to the COVID-19 pandemic.

Others apparently were more interested by the curved without being spherical shapes of the woman the cameraman was initially filming when the mysterious sighting took place.

Previous : Timothy Morton’s Hyper-Pandemic
Next : ‘My lover told people I was a prostitute when our affair became public’ – Coleen Nolan