Will COVID Kill the SAT? 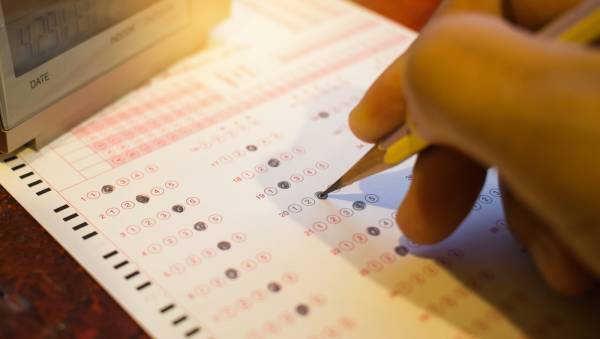 The much-maligned SAT and ACT may be the latest victims of the coronavirus pandemic. With the nationwide shutdown forcing the postponement of spring and summer test administrations, an increasing number of colleges and universities have responded by dropping their testing requirements for fall 2021 admissions. Just this week, Cornell University became the first Ivy League school to go test-optional.

Many schools maintain that their test-optional status is temporary, and will revert back to mandatory SAT or ACT score reporting for the fall of 2022. But the test-optional movement had been gaining steam long before the Wuhan virus disrupted all aspects of American life. Once confined to smaller liberal arts colleges, the full list of over 1,100 accredited, permanently test-optional schools now includes major research universities and state schools like Wake Forest University (since 2008), George Washington University (2015), and James Madison University (2017). The University of Chicago became the most selective school to go test-optional in 2018.

Test-optional proponents maintain that the SAT and ACT do not accurately represent an applicant’s merit. The National Center for Fair and Open Testing (FairTest), which advocates against the use of standardized testing, has long placed “special emphasis on eliminating the racial, class, gender, and cultural barriers to equal opportunity posed by standardized tests.” FairTest points to data that show discrepancies among the average SAT scores of racial, ethnic, and socioeconomic groups to make the case that the tests create an unjust barrier to college admissions for disadvantaged students.

For their part, the SAT and ACT have gone to extensive efforts to counter these charges. The College Board, the massive, $1.3 billion annual revenue nonprofit that administers the SAT, announced a redesign of its signature test in 2013. The organization wanted the test to better “promote opportunities for students by becoming more closely linked with rich, rigorous course work.” The rhetoric of the redesign described a more equitable test. The specific changes all moved the SAT more in line with the format and content of the rival ACT. Perhaps it wasn’t such a coincidence that, also in 2013, more students took the ACT than the SAT for the first time in history.

Yet despite these changes, neither the redesigned SAT nor the ACT has been able to iron out the pesky demographic disparities that draw the ire of outfits like FairTest. So in 2019, the College Board announced it would expand the use of its “adversity score,” a number that accompanies the SAT score on college applications. The adversity score was intended to place a student’s SAT score in the context of his socioeconomic background. Soon after, the College Board appeared to reverse course amidst much backlash—but instead has simply repackaged the ethos of the “adversity score” in a new, slickly branded Landscape™ program. Landscape™ provides “consistent high school and neighborhood information for all applicants to help admissions officers fully consider every student.” In other words, it places an asterisk next to the SAT scores of applicants in “disadvantaged” groups.

It’s easy to ridicule concessions to the diversity commissars like Landscape™.  But the predicament of the College Board and ACT is unlike that of the wholly useless corporate diversity and inclusion officer, because the stakes are much higher. Access to higher education really does have an outsized influence on one’s future prospects for socioeconomic stability. The College Board took note of this in unveiling its redesigned SAT in 2016:

The nature of life and work in the United States has transformed to the point where at least some degree of postsecondary education or training is increasingly required for access to middle-class jobs. In short, far too few students are ready…to participate effectively in an increasingly competitive economy — a circumstance that represents a tragedy for those individuals whose potential isn’t being realized and a serious threat to the nation’s economy and democracy.

When a college degree becomes so critical to attaining a middle-class life, college admissions represents far more than the opportunity to read Plato. Last year’s Varsity Blues scandal is a more egregious example of the extent to which parents will go to improve their children’s admissions chances. But a much more pervasive expression of the same ethos exists in the form of the multi-billion dollar test preparation industry.

The test-optional movement could prove fatal to the test prep industry. This paradigm imagines noble crusaders like FairTest locked in a battle with the likes of the College Board and test prep company Kaplan, bad actors who pursue a symbiotic mission to mutually boost their bottom lines at the expense of students. But a deeper look at the data proves otherwise. The 2016 SAT redesign was accompanied by a partnership with Khan Academy, the nonprofit education conglomerate, to provide free, exclusive, College Board-approved online SAT prep. ACT soon followed suit with its own free, official prep service. And of course, all the while record numbers of colleges were eschewing testing requirements. The result? The test prep industry is projected to grow by 6% in the next three years.

Yet in a way, this makes sense. The American college admissions system, as gatekeeper to the leadership class, thrives off of scarcity and prestige. The lower the acceptance rate, the more desirable the school, and the more doors are opened for its graduates. And to keep an acceptance rate low, colleges will always need criteria by which to select students. So while test-optional may mean that wealthy parents will no longer shell out high-four-figure sums for boutique SAT prep courses and tutors, they’ll still spend that money to ensure admission to selective schools. It will simply mean the test prep industry will instead offer essay writing coaching, curriculum planning advice, diversity positioning assistance, or ‘expert’ instruction on whatever other criteria colleges deem relevant to their admissions decisions.

Instead of the College Board/Kaplan vs. FairTest dichotomy, then, it’s more useful to recognize that all of these groups are a result of higher education’s unique ability to transform one’s place in the American economy. Colleges and universities are no longer 4-year refuges for ruminating on the Highest Things; they’re arbiters of socioeconomic success.

This is no accident. As a global, interconnected economy accelerated, the United States effectively outsourced the segments of our economy capable of providing stable and productive work for less educated workers. For decades, the prevailing solution was to “retrain” these workers and prepare them for the “twenty-first century economy.” This resulted in millions of dollars in federal aid and philanthropy meant to eliminate barriers to higher education and get more students to college (or more recently, “to and through” college). These efforts have been an abject failure. The share of 25 year olds with a bachelors degree remains barely above the 1975 level.

In response, we’ve seen increased calls for vocational education. But as Oren Cass has argued, these calls alone may not be enough. Vocational education must be placed in the broader context of creating an economy in which a college degree is not required. This means a more fundamental recalibration of state and federal resources away from bloated higher education systems. And it also means working to ensure jobs for these non-college-educated workers exist.

In this sense, it’s possible COVID-19 really could deal a death blow to the SAT and ACT’s outsized importance in American life—just not in the form of test-optional policies. The coronavirus has revealed the dangers of an overly globalized economy, especially with regard to essential supply chains, and prompted calls for the repatriation of vital industries. As Robert Atkinson and Marshall Auerback have noted in this magazine, we need not attempt to return to a pre-globalized economy. But we “can and should not only reduce our dependence on China but build up America’s overall industrial base and capabilities.” And if, to use the College Board’s own words, “at least some degree of postsecondary education or training is” no longer “required for access to middle-class jobs,” the importance of its signature test—as well as that of Kaplan, FairTest, and every other outfit dependent on the current higher education scheme—will be greatly diminished.

For too long, the American conservative movement has borrowed too heavily from Adam Smith, applying his division of labor not only philosophically but also practically. We’ve cordoned off the realms of higher education, culture, economics, industry, and the like, pursuing each individually. Instead, higher education policy must be considered, to borrow a buzzword from the left, intersectionally; that is, in the context of broader macroeconomic and cultural trends. As long as stable jobs purport to require advanced education, the higher education industry will continue apace as the gatekeeper to socioeconomic success, regardless of whether its alphabet of tests is required. If COVID is going to kill the SAT, it will require far more than test-optional policies.

Emile Doak, director of development, oversees The American Conservative’s fundraising efforts.  He is a graduate of Georgetown University, where he studied political philosophy and theology.  Prior to joining TAC, Emile worked in education, teaching and managing college preparation courses for high school students.  He and his wife reside in their hometown of Herndon, Virginia.

Previous : U.S. Colleges Drained of Foreign Students, Perhaps Forever
Next : The Vulgarity and Vulnerability of “Dave”