Why Did Boeing Choose to Sell Debt Over Federal Aid? 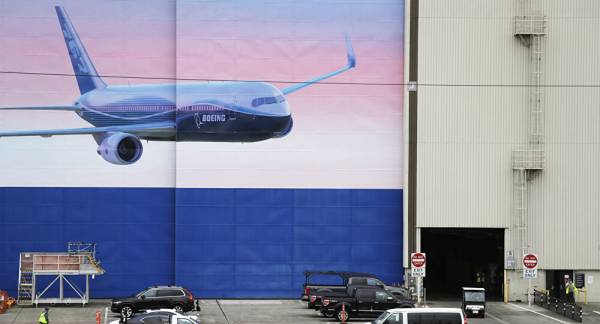 On Monday, Boeing is expected to complete a mammoth bond deal which is set to help the troubled aircraft manufacturer avoid a government bailout.

Boeing’s refusal to tap a federal assistant package was made possible thanks to government efforts that helped to open up the debt market, industry observers believe.

The world’s largest aerospace company announced on Thursday that it had sold $25 billion of bonds to investors in the largest corporate offering this year and the sixth-largest in history.

The deal, expected to close on Monday, will help Boeing turn down the $17 billion in taxpayer aid set aside for the company under the CARES Act. However, it is understood that it is still seeking to benefit from tax incentives through the Act, as well as financial vehicles offered by the Federal Reserve.

Bechai believes that the Chicago-based company has always preferred the private liquidity road, because it didn’t envisage the restrictions that are typically attached to government-backed loans.

A boost to the debt market

He suggests that Boeing’s bond offering was due to the Fed’s efforts to revitalise the corporate debt market through emergency lending programmes.

The company initially expected to raise between $10 billion and $15 billion, but raised twice as much because investor demand has grown stronger over higher yields on the offer and concessions to buyers.

“This is an interesting development but perhaps not surprising,” says John Grant, a senior analyst for air travel data provider OAG.

In this vein, he adds, Boeing’s decision to seek money from private investors represents “a wider statement of confidence from the company in the long-term value of the company”.

The COVID-19 pandemic has crippled the travel industry, and Boeing CEO David Calhoun predicts that it will take two to three years for air travel to recover, but that the commercial market will still be smaller after things get back to normal.

Boeing lost $641 million in the first three months of 2020, but it had experienced troubles even before the pandemic, primarily because of the 737 Max safety scandal, and had to ground the doomed planes and suspend their production. The aerospace giant had a dismal 2019, posting its first full-year loss in 22 years (a total of $636 million).

To save cash, Boeing announced last week that it would cut around 10 percent of its 160,000-person workforce and further roll back production of its 787 Dreamliners; it has also stopped paying dividends and extended a halt to share buybacks.

With much uncertainty ahead, Boeing has left the door open for government aid, saying that it needs none “at this time”.

However, as aviation industry consultant Scott Hamilton points out, Boeing is more likely to go back to the private market if it needs more cash. “Boeing likes to call its own shots, without interference from anyone,” he says. “So it prefers the private markets.”