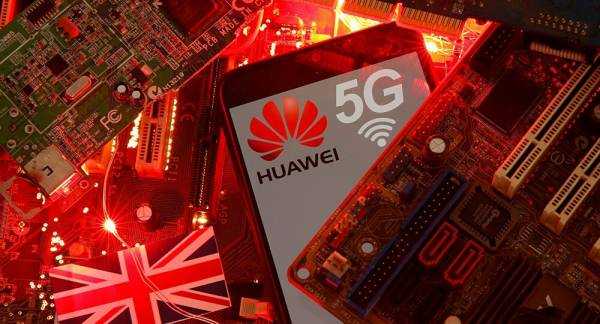 The world’s second-largest telecoms group made the announcement amid the ongoing US trade war on China and increased pressure from US authorities to block the world’s largest provider of IT telecoms equipment from building telecoms networks with European partners.

Vodafone Group Plc warned that Britain will lose its ability to lead the world in 5G if it decided to remove IT telecoms equipment from Huawei Technologies in its networks.

The UK government should work to expand 5G coverage across the country and invest in 5G technology rather than removing equipment from the Chinese telecoms giant, he added.

The Financial Times, who first reported the story, revealed that the UK was one of the first countries to launch 5G, with Vodafone, Three and BT using Huawei’s IT infrastructure equipment.

UK prime minister Boris Johnson approved Huawei’s role in building British networks in January with a 35 percent market share, but excluded the company from core network components after designated it a “high-risk vendor”.

The 35 percent target was estimated to cost Vodafone Group around £178m and “take around five years to implement”, chief executive Nick Read said in April.

But the cap would set back UK telecoms giant BT “around £500m over the next five years”, chief executive Philip Jansen said in January.

The news comes after the US failed to provided evidence on cybersecurity flaws or vulnerabilities to back its claims to date, Huawei vice-president Victor Zhang told Sputnik on Monday.

The news comes after Senator Tom Cotton [R-AR] alleged at a UK Defence Committee session in early June that Huawei equipment could harm US military aircraft stationed in the UK, but did not cite any evidence for his claims.

Washington, which extended a ban on the Chinese company and over 70 other Chinese firms placed on an Entity List in May last year, has routinely accused Huawei of using its equipment to spy for the Chinese government. But Huawei and Beijing have repeatedly and sharply denied the claims and urged US authorities to cite evidence despite none being provided to date.