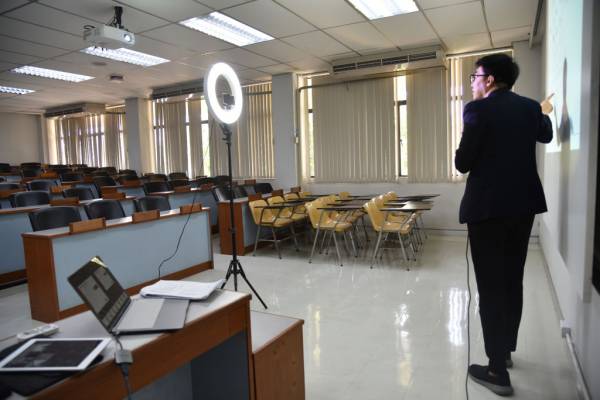 Higher education is feeling pretty low. There’s been an ongoing exodus of foreign students leaving the United States as a result of the coronavirus pandemic—and it looks like very bad news for the nation’s colleges and universities. In total, higher education in the U.S. estimates it’s looking at a decline of 50 to 75 percent of foreign students. When the pandemic hit, classes were moved online and international students were urged to return home. Those who could not were supplied with accommodations.

Academia—particularly on-campus academia—is not only being hit financially, it’s facing a future where it may have to rethink its fundamental business model. Significant changes to the admissions process are being considered as well as key strategies to reshape and revitalize the way academia functions. The basic goal is to give students—foreign and domestic—more incentive to enroll with extended admissions deadlines and more financial aid. SAT testing—which is currently suspended—may also be administered online in the future.

There were 1.09 million foreign students studying at higher educational institutions in the United States last year, almost 6 percent of the total student population. The Department of Commerce estimates that foreign students contributed $44.7 billion to the American economy in 2018. As of January 2020, the vast majority of students with F1 visas in the United States were from China, about 368,800, with second place going to India at 194,556. Third, fourth, and fifth place were occupied by South Korea, Saudi Arabia, and Brazil, respectively. The University of California Irvine, for example, is jokingly called the University of Chinese Immigrants because of its high number of Chinese nationals. Around 19 percent of UC Irvine is made up of foreign students.

Now, with travel restrictions in place because of the pandemic, many foreign students have left for home, and it’s unclear when—and if—many of them will return. The foreign students who have stayed face a different set of challenges. As South Korean Princeton student Jimin Kang wrote in March about staying stateside, “If we cannot return to our countries, where will we go next? And if we do get to leave, will we get to come back? Also on my mind are logistical concerns: If I were to leave but not allowed to return, what would happen to my academic visa in the fall? What about my friends who were caught in the middle of applying to postgraduate visas when the coronavirus shook our lives?”

Academia, like society at large, seems to be beset by a familiar mantra: it’s just not at all clear exactly what is going on.

To be sure, with millions of Americans now out of work, the quandary of foreign students, or of universities in general, is not the direst issue facing the nation. Still, the problem faced by the academic world is uniquely confusing and undetermined. And the fate of foreign students at American universities does have a serious economic dimension, with an estimated 62 percent of them getting most of their funding from outside the U.S. and contributing to valuable scientific research, innovation, and economic growth. Academia is not retail or the oil and gas sector, but it’s still a real slice of the economy. The loss of foreign-student income is likely to have a ripple effect, especially in college and university towns and cities where these scholars have boosted local economies. Now some schools are being set up with beds and medical equipment in case there is a surge in COVID-19 cases.

Post-secondary institutions have to come up with solutions posthaste lest they go under. The future is going to be one of fierce competition for foreign students and the resources they bring. Although the political trends may be toward nationalism, stronger border protections, and a drawdown on international collaboration, the financial incentives for higher education in the United States to recruit and retain foreign students—especially those from higher-income backgrounds and nations that have not been hit hard by COVID-19—will be intense.

Two main trends are likely to emerge. First, online and virtual education will experience a gold rush of unprecedented proportions, building on its already substantial growth. Second, a larger proportion of foreign students are likely to attend institutions in developing countries that offer cheaper and relatively high-quality post-secondary opportunities.

Indeed, there are real questions about just how long people will pay up big for glorified Zoom chats. In addition, when it comes to international students, Zoom doesn’t work in more than 20 countries (although it does work in most nations where America’s foreign students hail from).

If there is anything to be glad about, it’s that at least America is not China, where African nationals have been widely discriminated against since COVID-19 began, banned from entering restaurants, evicted from their homes, and arbitrarily arrested despite comprising a very minuscule percentage of the nation’s coronavirus cases. China—of course—says any allegations of mistreatment of its “African brothers” are untrue.

Foreign nationals do far better here in America. Still, one thing is for certain: American higher education is going to have to change in major ways.

Paul Brian is a freelance journalist. He has reported for the BBC, Reuters, and Foreign Policy, and contributed to The Week, The Federalist, and others. You can follow him on Twitter @paulrbrian or visit his website www.paulrbrian.com.

Previous : Sympathy for the Reopeners
Next : Will COVID Kill the SAT?