This is the Beginning of the End of U.S. Energy Independence 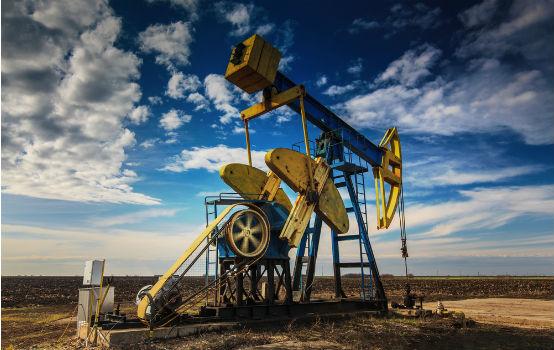 The historic collapse of West Texas Intermediate (WTI), the reference oil traded most frequently and of major significance for U.S. commodity markets, represents far more than the short-term negative impact of a global oil glut on American energy producers. Rather, it is the beginning of the end of the illusion of American energy independence, the bursting of an economic bubble which was as impractical as it was unsustainable.

Corporate and government greed—one born of profits, the other of tax-based revenue—combined to create a national energy policy driven more by hubris than market realities. As long as there is a demand for oil, there will be a U.S. oil industry. But the COVID-19 pandemic will go down in history as representing the high-water mark of American oil. What will emerge from this global economic crisis will be something far different than what existed.

In and of itself, the unprecedented drop of the price of WTI oil into negative numbers (meaning oil producers are paying customers to take possession of the oil) is more a reflection of a perfect storm of the precipitous drop in demand for the WTI product combined with limited storage capacity coinciding with the expiration of oil futures contracts—in short, there was too much oil, too little storage, and unless the traders who had purchased the contracts were able to sell them, they would be compelled to take possession of oil with no ability to store it.

Commodities trading is always a gamble, and investors often lose out when caught on the wrong side of a major market movement. Under normal circumstances, major consumers of oil, such as airlines and cruise lines, would step in and purchase the contracts at a cut-rate price. But in this day and age of the COVID-19 pandemic-induced global economic shutdown, no planes are flying, no ships are sailing, no cars are driving. Without demand, there is no consumption, and without consumption, the market soon became overwhelmed by a massive glut of oil that nobody wants or needs.

This is a crisis that was a long time in coming. Over the course of the past decade, the U.S. over-produced over-subsidized oil while demanding production cuts on the part of foreign producers intended to keep the price of oil artificially high, and seizing global market share by sanctioning competitors such as Venezuela and Iran, all in the name of shareholder profit and the pursuit of the modern-day equivalent of the Holy Grail—energy independence.

As of 2018, the U.S. removed around two million barrels per day from the global oil supply through sanctions on both Venezuela and Iran. The Trump administration planned on this capacity to be filled by soaring U.S. production rates, which in 2018 exceeded more than 12 million barrels per day. By December 2018, the U.S. became a net exporter of oil for the first time in 75 years, crossing over the threshold of what President Trump called “energy independence.”

Chinese economic growth, and the corresponding demand for oil, helped create a market that kept oil prices at levels that were profitable for U.S. producers. Indeed, Chinese energy consumption helped fuel the recovery of the U.S. oil industry in the aftermath of the 2014 Saudi Arabian price war. But those were different times indeed—the lede for a December 2014 article on the topic read as follows: “Oil has been absolutely crushed. As recently as June, West Texas Intermediate Crude traded at more than $100 per barrel. Today it’s at $67. That’s a 37% decline for the biggest commodity in the world.” All one needs to do is compare and contrast $67 per barrel with today’s negative $40 to understand that there has been a paradigm shift in the way oil is thought of today.

This shift began with a U.S. trade war with China spurred on by President Trump once he came into office in 2017. This trade war helped produce a Chinese economic slowdown, resulting in a drop in global demand for oil beginning in late 2018, and in turn initiating a period of global oil overproduction that has lasted until the present. During this time the U.S. continued to push domestic oil production in an effort to maximize profits and secure global market share, all in the name of “energy independence,” which had become a leading mantra for President Trump.

This U.S. overproduction eventually clashed with the energy policies of both Russia and Saudi Arabia, both of whom had been collaborating on a series of oil production cuts designed to increase the price of oil and stabilize the market. The only benefactor of this policy of austerity was the U.S., a factor that led the recent Russian-Saudi price war which, in conjunction with the COVID-19 pandemic, triggered the recent collapse in oil prices.

Oil contracts come and go, but bad policy is forever. U.S. oil production, as it is currently organized and configured, will never recover from the economic tailspin of the present—companies will go bankrupt, banks will fail, fortunes will be lost, and millions of lives displaced and disrupted as livelihoods evaporate forever. Too much damage has been done, and will continue to be done, to the U.S. oil industry for anything resembling a complete recovery to be had when the U.S. economy is finally re-opened.

U.S. oil production levels have dropped precipitously, with between 2-3 million barrels a day being eliminated, and more to follow. Until a balance can be achieved between global production and demand, the price of oil will continue to plummet. The promised 10-million barrel a day cut in production made at the OPEC-plus talks in mid-April fall far short of the estimated 27 million barrel per day overproduction that is still taking place.

Moreover, there is a difference between oil of the global commodity market—while WTI was bottoming out into negative numbers, its major global competitor, Brent Crude, was trading in (albeit reduced) positive figures. The disparity between the two main global benchmarks have to do with the reality of the logistics involved with bringing their respective products to market. Brent is moved primarily by giant seaborne tankers and has yet to experience the storage capacity realities that have caused the price crisis that hit WTI. It’s not as though WTI ceased to possess value—it was the uncertainty regarding storage for the oil contracted for delivery in May that produced the negative pricing, not the oil itself.

Indeed, while the May futures for WTI collapsed, the price for the June futures contracts had stabilized at around $26. But the lack of storage is rolling over into June as well, and the June contracts appear to be on the verge of matching the May WTI futures price lows. And unless the U.S. economy can be brought on line with enough intensity to create enough energy demand to compensate for continued overproduction by American oil producers, the July futures could suffer the same fate—and all futures contracts going forward, until the supply-demand disparities are resolved.

The reality is that $10 oil appears to be the norm for the foreseeable future, an unsustainable number in an industry which requires $50 oil just to survive. Even when the U.S. economy gets back online, a good segment of the U.S. oil industry won’t be there to help fuel it. U.S. energy independence, that illusory concept pursued by U.S. Presidents for the past seven decades, has evaporated. In the brief period that the U.S. was able to claim this status, it could only do so in a market that had been artificially skewed to promote U.S. overproduction at the expense of the rest of the oil producing world. This model of behavior will no longer be tolerated.

Nor will the model of global consumption be the same. The damage done to the global economy by the COVID-19 pandemic has not yet been quantified, nor will it be for some time to come. The same is true of the U.S. economy. Recovery models that existed in March no longer apply today. But one thing is for certain—President Trump’s optimism for a rapid re-start of the American economy is misplaced—recent studies have the U.S. economy recovering to pre-pandemic levels sometime in the first quarter of 2023. The level of ongoing economic stimulus and support required to prop up the American economic framework between now and then has not yet begun to be considered by either the U.S. Congress or the Trump administration.

There are certain things that are knowable, however. The U.S. economy will not be operating as a true free market economy for the coming months and years—if ever. The domestic realities of a national economy at least partially fueled on stimulus payments become even more complex as the U.S. works to help reinvigorate a global economy where other national economies are operating on similar government-subsidized models. Economic growth will be carefully paced, which means that factors such as energy consumption levels will be paced as well.

The days of unconstrained growth are past; so, too, are the days of unrestrained domestic oil production. The U.S. will have to learn how to live in a world where the price of oil is jointly set based upon production quotas jointly agreed to. The U.S. will be, once again, a net importer of oil. The short-lived era of U.S. energy independence has been resigned to the pages of history.

Scott Ritter is a former Marine Corps intelligence officer who served in the former Soviet Union implementing arms control treaties, in the Persian Gulf during Operation Desert Storm, and in Iraq overseeing the disarmament of WMD. He is the author of several books, including his forthcoming, Scorpion King: America’s Embrace of Nuclear Weapons From FDR to Trump (2020).