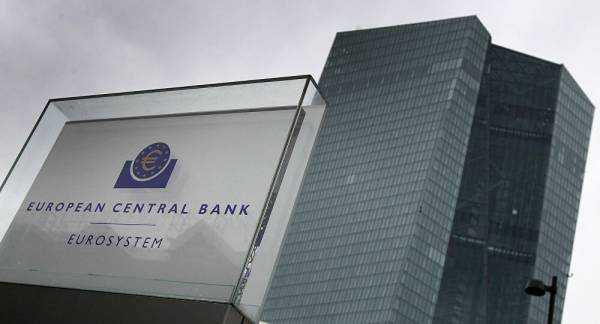 Germany’s highest court on Tuesday accused the European Central Bank (ECB) of massively supporting some countries in the eurozone more than others and gave it three months to justify bond purchases under its stimulus programme.

Gunnar Beck, AfD Member of the European Parliament, reflects on the possible consequences of the court’s ruling against the ECB.

Sputnik: What’s your own assessment of the German court ruling, and what do you expect from it?

Gunnar Beck: The ECB now has to explain how its mass bond-buying programme is “proportionate”. The Bundesbank could pull out in three months if not satisfied with this justification of the purchases – how might this affect the eurozone? The ruling is legally convincing as far as it goes, but given the extent to which the ECB has broken EU law, it is still too cautious. In 2017 the German FCC (Federal Constitutional Court) reached the preliminary conclusion that the ECB was engaging in monetary state financing, which is prohibited by the EU Treaty. Now the FCC is more cautious on this point although the legal case against the ECB is even more compelling.

Sputnik: Why did the explosive judgement come about, and do you expect the ECB’s bond-buying scheme to continue despite the ruling? In your view, will the decision affect Europe’s justice system?

Gunnar Beck: The court rightly concluded the ECB is acting unlawfully. If anything, the judges were too cautious in their assessment because they ignored that the ECB is clearly engaged in monetary state financing and the mutualisation of debt. The ECB will now submit the required proportionality assessment. The German judges will accept that assessment and grant the ECB a wide margin of appreciation. If so, bond purchases may continue pretty much as they have over recent years.

Sputnik: If the German court eventually imposes significant limits on ECB purchases in its ruling on the PSPP, what could the immediate consequences be?

Gunnar Beck: If the court did impose such limits, the programme would be weakened significantly. The ECB’s programme is designed to ensure that Italy and other countries will not have to pay market rates for their public debts on the grounds that Germany will be prepared to socialise the debt if need be. If the Bundesbank were asked to stop buying southern European debt, this implicit guarantee would be put in question.

Sputnik: The ECB now has to explain how its mass bond-buying programme is “proportionate”. The Bundesbank could pull out in three months if not satisfied with this justification of the purchases – how might this affect the eurozone?

Gunnar Beck: I fear the court may accept even an inadequate ECB answer. If so, little would change. Today, 6 May, the FCC President Vosskuhle is stepping down and replaced by Stephan Harbath, a former deputy leader of Merkel’s CDU parliamentary party. Unlike previous court presidents, he has never been a full-time academic but a commercial, not a public lawyer in practice with a US law firm and an active party political figure who continued to act as a lobbyist and lawyer for multinationals during his political career. Harbath is a protegé of Ms Merkel, his appointment ensures the court will be even more politically subservient and pro-EU than it has been in the past. In short, I fear this judgment will not lead to a fundamental reassessment of EU policy nor ensure a return to sensible economic policies in the eurozone. In Germany, top judges are appointed by parliament on the recommendation of the ruling parties. Yesterday’s judgment is a departure from this depressing story, but I fear its effects will be short-lived.

Previous : The New York state presidential primary is back on after a federal court ruling
Next : New Draft Rule May Pave Way for US & Huawei to Cooperate on 5G Standards