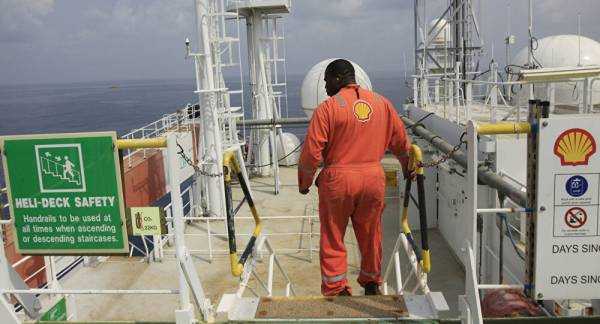 Petrostates across the globe have been forced to reconcile themselves with a future when one of their most prized commodities – oil – has dramatically shed its worth amid economies battered by the COVID-19 pandemic.

Despite Brent-crude futures rallying over recent weeks, one of Africa’s most populous nations, Nigeria, is facing a fast-looming future without reliance on fiscal revenue from its massive oil wealth, writes Bloomberg.

Amid the economic fallout from the COVID-19 pandemic, which has brought to a halt economic activity and travel, demand for crude has been crippled, resulting in a dramatic oversupply.

Accordingly, a glut of Nigerian oil has been bringing the country about $10 less than the $30 a barrel registered on Tuesday.

Once oil prices, which normally contribute about half of Nigeria’s fiscal revenue, are at around $20 a barrel, the African state receives very little cash for its crude, Nevin of PwC was cited as saying at a webinar on 30 April.

Current global measures to fight the spread of COVID-19, with lockdown procedures, travel bans and shut industries, have driven oil prices to new lows where they fail to cover the costs of pumping barrels for many of Nigeria’s companies, writes the outlet.

Despite such low prices, on 5 April traders were cited as acknowledging that around a quarter of Nigeria’s oil cargoes for his month were still awaiting buyers, with at least six tankers used as storage space for about 4.5 million barrels of crude were idling off Gibraltar and nearby Ceuta.

According to tanker tracking data cited by Bloomberg, the tankers, floating in the area since the end of March, were about to be joined by another one.

On Tuesday Nigeria’s Finance Minister spoke in a webinar to deplore the twin challenge of dealing with the coronavirus epidemic itself and economic impact from it facing the country.

Clement Agba, minister of state for budget and national planning, echoes the dismal forecasts, saying: “It is no longer a secret that government revenues have collapsed.”

Nigeria was already struggling before the pandemic, as a US shale oil boom had slashed the country’s crude exports to America.

About 40 to 50 percent of the oil was typically sent to the US.

Amid the dire forecasts, Nigeria has sought a $3.4 billion loan from the International Monetary Fund (IMF) to shore up the country’s 2020 spending plan.

It’s also requested a further $3.5 billion from the World Bank and other financial institutions.

In late April, the IMF reviewed its earlier forecast of an anticipated 2 per cent growth of Nigeria’s economy, predicting it would shrink by 3.4 percent in 2020.

With oil making up 9 percent of the Nigerian economy, crude exports fetch over 90 per cent of foreign exchange earnings.

The economic downfall could spark social unrest in a country that has witnessed spells of militant violence for years, with oil facilities often targeted by protesters lashing out against allegedly unfair practices by the government and large oil companies.

Regarding possible future government measures, experts predict there will be pressure to keep oil wells pumping, with focus on maximizing revenue by slashing output from high-cost producers.

Deep offshore operators would potentially be the hardest hit from such moves, believes Cees Uijlenhoed, chief financial officer First Exploration & Petroleum Plc, adding that prices might tentatively reach around $50 a barrel by the end of 2020.

Previous : The economy is in free fall. So why isn’t the stock market?
Next : Safety first in completing Premier League campaign for Sean Dyche