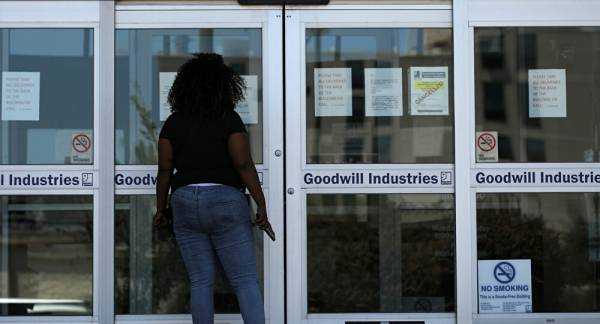 “In the week ending May 16, the advance figure for seasonally adjusted initial claims was 2,438,000,” the department said in a news release, showing, however, that the figure had declined from the previous week’s near 3 million filings.

In late-April, the United States Department of Labor reported that 26.5 million people had filed for initial unemployment claims since mid-March after losing their jobs amidst the COVID-19 pandemic, putting an end to over 100 months of record job growth.

The same month, Trump’s economic adviser Kevin Hassett stated that the US was heading for an unemployment rate comparable to the levels registered during the Great Depression of 1929 – 1939.

At the same time, US Secretary of State Mike Pompeo said in a press briefing earlier that the economic impact of the novel coronavirus pandemic will be as much as $9 trillion.

As of Thursday, the US has more than 1.5 million confirmed coronavirus cases with the death toll surpassing 93,000, according to the Johns Hopkins University.