How To Manage Public Stakes In Bailed-Out Companies 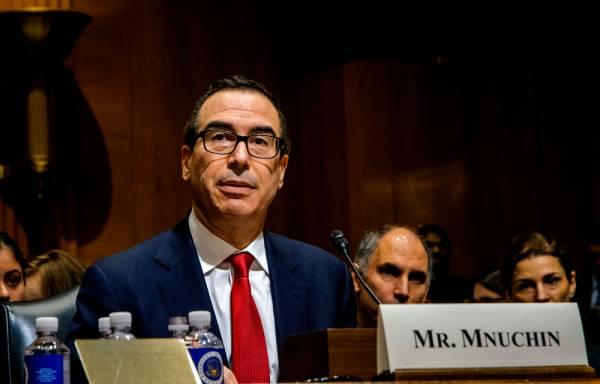 The stimulus bill passed by Congress in response to the COVID-19 economic crisis includes massive bailouts for airlines and other large companies deemed necessary for national security, in the aggregate around $500 billion, including $25 billion for company payrolls.

These bailouts come with certain strict conditions, ensuring that the government maintains some control over how these bailouts are used by the companies in questions. A brief look at these conditions should incite Americans to consider the merits of alternative arrangements of political economy.

Among the conditions attached to this bailout is a requirement that the government be entitled to take equity stakes, such as stocks or bonds, in the companies which receive bailout money. In a section entitled “Financial Protection of Government,” the bill specifies that “for the benefit of taxpayers” the government should be able to participate in “equity appreciation in the case of a warrant or other equity interest, or a reasonable interest rate premium, in the case of a debt instrument.” Secretary Steve Mnuchin has also specified that he will be requiring corporate equity equal to 10% of the loans received, and that companies will be required to pay back 30% of the loans received over a period of five years.

In an unusual role-reversal, Democratic congressional leaders were the ones pushing for a more lenient bailout, urging Mnuchin not to impose “unreasonable conditions that would force an employer to choose bankruptcy instead of providing payroll grants to its workers.”

In addition to government equity, the bailouts are accompanied by conditions that the companies in question will not engage in financial practices like stock buybacks, and will also place limits on executive pay, for a period of twelve months. These conditions are meant to ensure that companies use their bailout funds wisely and productively, by paying for the costs of maintaining business and employment rather than by maximizing value for shareholders (thus hopefully avoiding a repeat of 2008).

However, the final bill also specified that “[t]he Secretary shall not exercise voting power with respect to any shares of common stock acquired under this section,” placing a limit upon the government’s power of controlling the allocation of company resources.

Nonetheless, the existing requirements seek to ensure that all stakeholders in the corporations receiving money are adequately compensated for their investment in those corporations. These stakeholders include workers, whose payrolls are to be supported by $25 billion in bailout money; but also taxpayers and the government itself, which is to receive equity for the benefit of taxpayers.

The crisis caused by the coronavirus, as well as the government’s unprecedented response to it, should cause Americans to reconsider the merits of neoliberal capitalism and free trade, which has been the governing ideology of the U.S. and global economy for several decades now. Americans should also begin to consider the merits of possible alternative arrangements. The government’s response to this particular crisis points to the possibility of re-arranging the U.S. along corporatist rather than purely capitalist lines.

Corporatism is a style of political-economic organization in which particular interest groups or stakeholder groups are arranged in associations or “syndicates,” licensed and mediated by the state itself, through which they are enabled to represent their interests in political negotiation with other such groups. Relevant interest groups include employer associations, but also trade unions, craftsmen guilds, and various professional associations who all have a stake in some social enterprise. The state too functions as a form of interest association, but it is unique in that it has a stake in all social enterprises, since it is the mediator of negotiations between all other groups.

Thus, in any social enterprise, such as a business enterprise, it is possible to identify at least three groups or associations of stakeholders who all contribute in various ways: employers, workers, and the state. A corporatist policy ensures that these groups act not in competition with each other, nor to the exploitation of each other, but in cooperation with each other. Consequently, because the state has a stake in all social enterprises as well, all such enterprises will act more on a model of cooperation than competition, so that no interest groups are left un-represented or un-cared for.

The state in a corporatist arrangement is a careful regulator of the distribution of resources and profits among the various interest groups who also have a stake in any social enterprise. Unlike a purely capitalist arrangement where distribution is left solely to market forces, corporatism requires the state and all social actors to collaborate in distributing resources in a way that benefits society at large, while allowing particular subsidiary associations such as worker unions to pursue their interests freely and creatively.

The coronavirus has exposed a rot in the fabric of the global market, governed by the rules of free trade and competition. In the decades marking the neoliberal era, American working-class wages have stagnated, manufacturing jobs have been offshored to China, and the U.S. economy has shifted towards the service and financial sectors. The effects have been a decline in real productivity, a dramatic increase of financial profits (from stock buybacks, dividends, and corporate lending), a decline in marriage and childbirth, an increase in depression and suicide, and more. It is also clear that only one interest group has substantially benefitted from all of this: the rich upper class.

The corporatist response, faintly hinted at by the federal government’s response to coronavirus, should be to coordinate all sectors of the American economy – not just the shareholder and manager classes but also the workers and taxpayers who also invest their time, energy, and money into the economy – and to secure the interests of them all through cooperation, rather than abandoning them to the mercies of competition and class warfare. The model for such an arrangement is one of partnership among government, employers, and workers, who should all participate in the decisions and profits of the companies to which they contribute.

On such a model, it makes intuitive sense for the government to take equity from the companies in which it is itself an investor. A government loan, for example, is essentially a government investment; and in general, it is well established by economists (such as Lazonick and Mazzucato) that the government regularly funds not only infrastructure and R&D, but even technological innovation. Therefore it makes sense that the government should receive some of the returns on its investment.

Moreover, in a corporatist model, it makes sense for the government to exercise some form of control, in collaboration with other controlling agents, over how its investment is used. For this reason, the government should not only limit executive pay and ban stock buybacks permanently, but it should also exercise voting power over company affairs, in proportion with its ownership of company stock. One could go further and argue that the government should regularly exercise powers not unlike those of the Defense Production Act, which permits the president to direct companies to produce needed goods. The government’s role should not be limited to co-ownership, but should include co-management, and the implementation of a comprehensive industrial policy.

Similarly, the government should ensure that worker interest-groups are able to participate in the management, if not the ownership, of companies in which they invest their time and energy. From a corporatist perspective, it is certainly admirable for the government to provide for worker wages through payroll support in a time of crisis. But the government can go further and authorize workers in any industry to organize into a syndicate or union with collective bargaining power, so that their interests can be represented across from corporate interests on a permanent basis. Worker representatives should also be given places on corporate governance boards, so that no stakeholders are left out of company decision-making processes.

Moreover, since workers and ordinary citizens invest not only their time and energy, but also their tax dollars into the economy, through tax-funded R&D, infrastructure, and even technological innovation, a corporatist solution might involve taking government-owned equity and placing it in a “social wealth fund,” of the type proposed by the People’s Policy Project. Such a fund would pay out dividends to American citizens, in compensation for the investment they make in the U.S. economy by their labor, time, energy, and money. Or the fund could be used to further subsidize wages, lightening the labor costs for employers and making work more attractive for workers. Such a policy would strengthen the sense among Americans that the entire economy is a cooperative endeavor in which they too have a part, and in which they too deserve to share the profits.

The coronavirus crisis reveals that the actual functioning of society relies not so much on competition and conflict as on cooperation and solidarity – especially with the state and with workers. Cooperation and solidarity tend to yield increased productivity, sustainability, and wealth for all, rather than declining productivity, unsustainability, and wealth for just a few. If mishandled, the bailouts could continue the latter pattern. But if handled wisely, the bailouts could be an opportunity to form tighter bonds of solidarity between companies, workers, and the state, effectively securing the total well-being of the nation.

Jonathan Culbreath (@maestrojmc) is a high-school teacher and expecting father who lives with his wife in Southern California. He is an assistant editor atThe Josias, an online manual of Catholic Social Teaching.