How To Change The Rules Of Trade To Bring Manufacturing Home 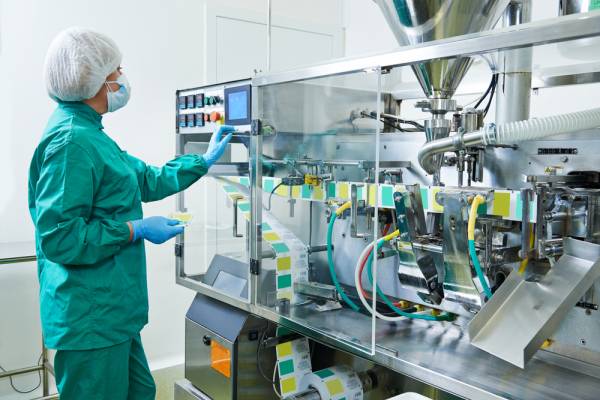 Hardly a day goes by lately without politicians and pundits from countries all over the world calling for re-establishing their manufacturing base to address the vulnerabilities exposed in the wake of COVID-19.

But the process of moving essential supplies back (or closer) to home is easier said than done: Reassessing capacity-planning strategies on the grounds of national security, re-domiciling supply lines, or reviving homegrown industry all entail significant geopolitical ruptures with the patterns that have formed for the past 50 years. The process requires a fusion of old ideas projected into new technological capacities, like automation and quantum computing, and a design that promotes a continuum of stability and cooperation from the old order.

And while every nation will certainly think of itself first, it would be suicidal not to think outside of one’s borders, starting with regionalization.

So where is a nation-state in 2020 going to start with this transition? Let’s start with the specific multilateral framework on trade: the World Trade Organization (WTO). Within the overall treaty are the Trade-Related Investment Measures, or TRIMs for short. These must be abrogated if countries are serious about re-establishing domestic manufacturing capability. They are regulations that explicitly prohibit local content requirements, prioritization of domestic firms for public works procurement, foreign exchange restrictions (which are particularly important for emerging economies now totally reliant on dollar funding access by the U.S. Federal Reserve), and export restrictions.

As TRIMs are annexes to the main WTO accord, they can be abrogated without stepping outside the bounds of the main agreement itself, which means that eliminating them doesn’t necessarily presage a return to some kind unregulated law of the jungle with respect to global trade. During the current pandemic, virtually all of these provisions, especially the export restrictions, are routinely broken, as every nation scrambles for vitally needed medical supplies. Yet the world’s global trading system has not collapsed into a total free-for-all.

It’s also worth noting that many other supposedly sacrosanct rules embedded in recent trade agreements have little to do with actual trade. Dressed up in dry, legalistic terms as neutral operating rules, these agreements are all about harmonizing industry standards, but seldom involved the harmonization of labor or tax, clearly reflecting the preferences of managerial elites that dominate western governments, as opposed to the vast majority of working people.

Today’s trade and manufacturing disruptions are not unique to COVID-19. As Professor Willy Shih has argued, “the current pandemic is not the only black swan event of the last 15 years. Arguably there have been several—including the 2008 financial crisis, the 2011 Tohoku East Japan earthquake and tsunami, the flooding in Thailand, and the U.S.-China trade war.” They may be forgotten now, but in the midst of each of those crises were many reports about critical supply shortages.

What these disruptions do illustrate is that a country that has a deeply embedded manufacturing sector can promptly shift production priorities to alleviate shortages better than a country whose limited manufacturing capability is held hostage to the provision of offshore specialists. Regionalization or re-domiciling would likely go some way toward mitigating this problem, as would the creation of strategic stockpiles, as we have today in the oil markets (even though the challenges in crude today are ones of oversupply and collapsing demand, rather than critical shortages).

By the same token, countries such as Japan and Germany have demonstrated that a modern, well-developed economy needn’t foist an exploitative manufacturing process on the developing world on the grounds of low-cost labor alone.  For one thing, complex, high-tech, and high-priced goods are less dependent on cheap labor; both Germany and Japan excel in technology-based competitiveness that does not rely on pricing advantages per se to dominate their respective export markets.

The most successful Japanese or German manufacturers invest in the businesses, as opposed to engaging in extensive share buybacks and dividend payouts, the result being massive productivity gains that more than offset (relatively) high labor costs. It presents a double pain for offshore paradises like China—the loss of foreign direct investment plus the awareness that a wealthy country reinvesting in its industries to gain on productivity can eventually challenge low labor costs and save on transport and security costs. This process is what caused President Xi to bristle at news of a Japan-led manufacturing exodus from China.

Behavior like this in the United States is comparatively rare, but it can be done: Just look at Sematech, a government-industry consortium created in the 1980s to successfully revitalize the American semiconductor industry (where the United States has now re-established its global dominance). An example even more germane to the current pandemic is a new ventilator 100 percent developed in New York in less than a month.

Productive capacity can and will likely be added as supply chains are re-domiciled in, say, the United States, or Canada, or other places that aspire to revive manufacturing, but in the first instance, there may be potential demand leakages as these stimulus funds inevitably “leak” to countries that already produced the required goods. Today, for example, China is now reopening and building inventory—while others are engaged in forced savings (due to lockdown and economic survival). That means that Beijing may have first-mover advantage to fill the orders when the pent-up demand is first unleashed via a re-establishment of economic stimulus (as opposed to economic relief, which simply puts a floor on demand, rather than expanding it).

Even assuming a new trade framework that facilitates local content requirements and other measures to enhance the revitalization of manufacturing in developed economies, these countries will also have to embrace a higher degree of automation in the workforce. Mark Cuban is just the latest business leader to argue this. Automation, however, need not be antithetical to allocating wealth to workers and the larger public.

There are two sides to this: First on the ownership side, careful attention must be paid to automation technologies from the outset, because they concentrate wealth at a scale that would make Andrew Carnegie and John D. Rockefeller blush. Governments will have to contemplate rules to limit stock buybacks, as well as considering alternative ownership structures, such as Germany’s codetermination (which involves the right of workers to participate in the management of the companies they work for) to ensure a better distribution of wealth and profits. Antitrust may have some role to play here as well, but in general a size-neutral form of oversight and effective regulation is likely to be more effective in terms of achieving a better balance of income distribution, as well as ensuring an industrial policy consistent with a broader public purpose.

On the labor side, machines can either replace labor totally (e.g., washing machines replacing domestic labor), or they can complement labor, allowing one worker to be more productive (partly robotic, partly human assembly lines). Jobs (or unpaid household labor) are lost in both cases, but the mechanisms are different. One is pure labor substitution; the other is productivity- and labor-enhancing.

In order to maximize the benefits of automation, a key consideration is re-establishing the linkage between real wages and labor productivity, which for much of the post-World War II period was, as the economist Bill Mitchell has argued, “the source of increasing living standards for workers and allowed them to maintain growth in consumption expenditure commensurate with the growing output of the economy.” That link has been largely severed in the past 40 years, as business’s attacks on labor and unionization intensified. And if productivity-lowered prices give consumers more discretionary income and they spend it on labor-consuming services, there will be new jobs in labor-intensive sectors (or household activities) that can’t be automated.

The other policy solution lies with local content provisions in which countries would be allowed local content requirements for the industries it wants ranging from zero to 100 percent (100 representing the highest military or economic importance). The rest of the world can compete for the remaining share of the national/bloc market.

Free trade theologians will no doubt rebel, but the virtue of this idea is that it reduces the incentive for mercantilism precisely because LCRs make it impossible to drive your trading partner out of a desired industry by dumping.

How would this all look in practice? Consider a Japanese-style model with suppliers clustered in a tight geographical area to supply chains connected by dependable geographically proximate and predictable logistics links. That is vastly superior to a “just-in-time” inventory system featuring multinational firms who squeeze inventory out of geographically remote supply chains that are today proving more unpredictable.

At a minimum, let’s stop the pretense that globalization in and of itself constitutes a panacea for enhanced global cooperation. That wasn’t true in 1914, when we reached the last high-water mark in globalization, and it isn’t true today. We should consider the alternative: namely, some degree of national self-sufficiency, strategic stockpiles, and regionalization, all of which might do better to diminish international tensions, especially if it means less scrambling around and fighting each other for ventilators or surgical masks.

Marshall Auerback is a market analyst and a research associate at the Levy Economics Institute at Bard College.

Previous : The New Class War Comes For The Economy
Next : What to Stream: “Fallen Angel,” a Frenzied Otto Preminger Romance on Turner Classic Movies