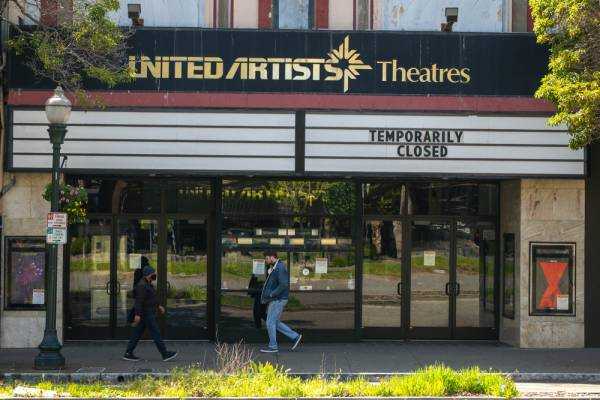 COVID-19 has ravaged Hollywood with over120,000 production personnel and 100,000 actors laid off or furloughed as stay at home orders have halted production on scripted television and feature films. The virus has spawned new paradigms for production, content distribution, and cash flow management. As a result, the reel world has become a reflection of the real world with industries re-inventing themselves to succeed in a new ecosystem where the rules of engagement are still evolving.

COVID-19 has also cast a spotlight on the ideological divides which exist on Hollywood Boulevard and on Main Street where the liberal elites are calling the shots and dictating behavior for everyone else.

Streaming services have emerged as the winners in the Tinsel Town of tomorrow due to the shuttering of cinemas and COVID-19’ s stay at home mandate. Netflix, the leader of the pack with 167 million global subscribers, has experienced record growth, adding 15.77 million paid subscribers in thefirst quarter of 2020, more than doubling original projections. The company reported first-quarter earnings of $709 million, or $1.57 a share also doubling last year’s Q1 performance at $344 million, or 76 cents a share.

Although some may argue that nothing replaces the cinema experience, attendance has been falling for years.  As theNational Association of Theater Owners reports, in 2019 U.S. revenue fell 4 percent to 11.4 billion over the previous year while the average ticket price edged up 36 cents to $9.37. Movie night has become an expensive family outing when you tally up the tickets, gas, and popcorn. Why bother, when you can stay at home and watch whatever movie you want, whenever you want for as low as $9 a month?

Although movie theaters have attempted to stem the downward attendance trend with premium services such as reclining seats, alcoholic beverages, gourmet snacks and special experiences for which they charge additional fees, COVID-19 has accelerated their evolution into the niche, luxury service category, while streaming services are now almost perceived as necessary utilities. And the list of the players continues to expand withHBO and Comcast  launching new streaming services this quarter.

And Wall Street has taken note.  According to media industry analyst Michael Nathanson, COVID-19 has permanently changed the playbook for the production and distribution of media content, harbingering studio consolidation, a reduction in cinema screens and a focus on anchor films. Adding to the theaters’ woes, the Academy of Motion Pictures recently announced that streaming films are now eligible for consideration in the 93rd Academy Awards. This one time exception, which was granted due to COVID related theater closures, provides streamers with even greater creative legitimacy.

In his new report“Goodbye to Hollywood” Nathanson writes “Heading into 2020, we had argued that the fundamental pillars of media were starting to crack,” … “Now, we fear that they will crumble as customer behavior permanently shifts to streaming models. The impact should be felt in both the traditional TV ecosystem and the film industry as content producers reexamine the economics of producing linear TV content and feature films. As a result, when this is all done, the top streaming platforms — Netflix, Amazon and Disney — will emerge with the lion’s share of scripted content creation.”

Nathanson predicts a wave of mergers and acquisitions as only a handful of studios currently “have the right mix of assets to survive” as the industry migrates to streaming services. However, these changes are not going to happen overnight as the film and television industry remains in a holding pattern even in states which are starting to “open back up for business.

InGeorgia Governor Brian Kemp authorized the re-opening of movie theaters the week of April 27. As of this writing, despite the governor’s greenlight, the major cinema chains AMC, Regal and Cinemark have remained closed, as they are still ascertaining if they have sufficient safety procedures in place for customers and staff.  The theaters are also strapped for content right now since almost all of the summer blockbusters have been delayed. AMC has expressly stated that they will not re-open until new content is available. Furthermore, social distancing restrictions of no more than 10 people per screening significantly limits the financial viability of opening.

Hollywood’s future business model is being incubated as we speak. If the return to normal remains in the very distant horizon, studios are going to be very hesitant to roll out their theatrical release marketing campaigns for such small audiences. Consequently, they may continue to hold back their blockbusters or consider other options such as direct to home or simultaneous theater and home distribution.

If the direct to home release becomes the norm even for six months, the landscape of film and television distribution will be altered forever. And when that seismic moment happens, the streamers will be sitting in the cat bird seat. On the television front, asForbes  reports, Netflix, Hulu, Amazon Prime, Disney etc. are already better positioned to navigate the corona waters.

First of all, they have more original content in the can than the broadcast and cable networks due to their more flexible buying schedule. Networks rely upon the traditional programming calendar where they review program pitches in the fall, greenlight pilots in January and February, shoot pilots in March and announce new programming in May. By contrast, streaming services buy material all year long and frequently order programs straight to series without a pilot, enabling them to be constantly building and testing their inventory.

Streamers who are more reliant on subscription revenue than advertising revenue are currently better equipped to weather the downturn in the economy than traditional broadcast and cable networks who are supported by advertising. Netflix is completely subscription-based while other streamers like Hulu are hybrids which receive both subscription revenue and advertising support.  According toVariety, networks are pushing to delay the $20 billion annual advertising upfront buying schedule from May to the fall so that they can better evaluate and package their available programming, and also give marketers more time to assess their buying positions in the wake of corona.

Given the current stay at home orders in California and New York, the two US media hubs, industry analysts predict that production will not resume until at least July with a greater likelihood of September. And when the cameras start rolling again, there will be new safety guidelines and insurance requirements which will significantly increase production costs and extend timelines.

In a life imitates art moment, the Directors Guild of America  recruited “Contagion” director Steven Soderbergh to spearhead a task force to develop standards for production resumption. Cast and crew will be required to submit to on site rapid antigen testing along with temperature checks and hygiene training. Production will shift to sound stages and backlots with cast and crew self-isolating in hotels for the duration of film shoots. Extra protective measures will be implemented to protect the actors who obviously cannot wear protective gear while shooting, including limiting onsite production personnel and disinfecting the set daily.

There will also be creative work arounds such as the deployment of computer-generated imaging programs like LADAR to manufacture crowd scenes. The filming of intimate romantic scenes will involve re-engineering with a greater reliance on split screens and post-production editing.

Moreover, COVID-19 will also impact messaging. As Hollywood loves to virtue signal, the post-corona output will show characters wearing masks and social distancing.  A recent article inDeadline questioned whether it would be appropriate to depict characters in pre-corona behavior such as going to a crowded restaurant or

“having a family dinner… which is a staple in each Blue Bloods episode.” It is very telling that the writer would cherry pick an overtly conservative program that extols family values as an example of what not to show.

While it is still too early to fully predict the long-term impact of the corona virus on the film and television industry, like every other industry Hollywood has been forced to adopt a new script requiring creative, procedural and financial agility. And as industry, government and households collectively storyboard the re-opening of America, we need to make sure that our most cherished liberties and values make the final cut.

Leonora Cravotta is director of operations with The American Conservative. She is also the co-host of The Scott Adams Show, a live daily show on Red State Talk Radio .  Leonora’s diverse background includes ten years with JPMorgan Chase and TD Bank where she held various VP level marketing and product development positions. She has also previously served as director of development for several non-profit organizations. Leonora received a BA in English/French from Denison University, an MA in English from the University of Kentucky and an MBA in Marketing from Fordham University.  A native of Northern NJ, Leonora currently resides in Arlington, Virginia.