‘Concerns of Unrest in the US’ Prompt Gold Prices to Hike 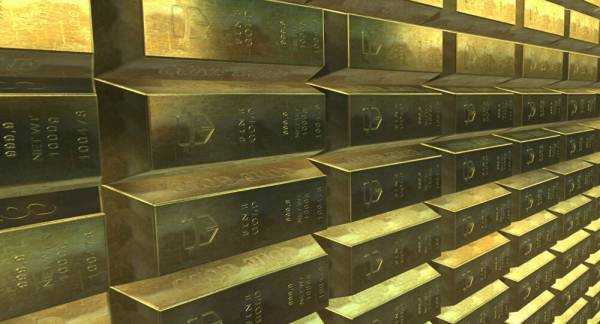 The violent riots show no sign of abating across at least 75 US cities, where protesters are expressing their anger over the death of black American George Floyd at the hands of police in Minneapolis on 25 May.

The ongoing protests in major US cities prompted an increase in gold prices on Monday amid investors’ previous fears over deteriorating US-China relations.

This was preceded by the holdings of SPDR Gold Trust, the world’s largest gold-backed exchange-traded fund, rising 0.3% to 1,123.14 tonnes, while the dollar index fell 0.4% against its rivals.

He added that growing tensions between the US and China, the world’s top two economies, added further to the rise of gold prices.

The remarks came after the business news website MarketWatch reported last week that prices for the precious metal could reach a record high by the end of this year.

The news outlet quoted Darwei Kung, a portfolio manager and head of commodities at the asset management firm DWS Group, as saying that “while equity prices have risen, we continue to see gold as a good hedge given the [current political and financial] uncertainty”. According to him, prices may reach as high as $1,800 per ounce of the precious metal in 2021.

Kung was echoed by Peter Grosskopf, chief executive at Sprott Inc., a publicly owned asset management holding company, who predicted that gold may be trading at more than $1,900 or $2,000 per ounce by the end of 2020.

In April, data released by CME Group, the world’s largest financial derivatives exchange, indicated that gold prices had skyrocketed to their highest since November 2012.

During early trading at the Chicago Mercantile Exchange at the time, the cost of gold futures contracts for delivery in June stood at about $1,771.3 per ounce.

The increase came after oil prices slumped earlier in April due to lingering concerns over storage capacity and the threat of a new round of the tariff war between the United States and China.

Late last week, Chinese media outlets and authorities lashed out at the US due to its announced intention to scrap the privileged status of Hong Kong over a national security law scheduled for approval by Beijing.

Following the riots in Hong Kong in 2019, the Chinese government moved to ban actions aimed at dividing the country on the territory of Hong Kong, but Washington claims that the yet-to-be-approved law violates Beijing’s promise of keeping the island autonomous.

The statement came in response to US Secretary of State Mike Pompeo’s remark suggesting that the new Hong Kong security bill undermines the administrative region’s autonomy from China.