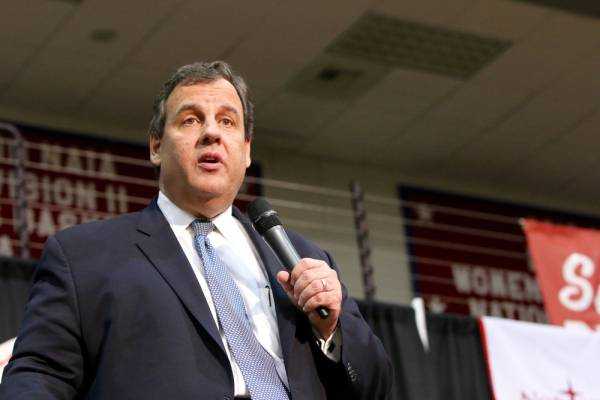 Equating the current virus crisis to a war, former New Jersey governor Chris Christie characterized the debate over “lockdowns” and “re-openings” in stern terms: No matter what we do, we’re going to take casualties.

As he wrote in a May 8 op-ed in The Washington Post, “The real choice is this: whether to inflict irreparable damage on the American way of life, or to take reasonable risks to restore economic prosperity.” And Christie opted for “reasonable risks.”

Every day, we as individuals, and as a society, make calculations about the utility/safety tradeoffs of work, travel, health policy, crime control, environmental regulations, and so on. All these calculations—whether the individual is aware of them or not—are in turn translated into data for government budgets, for various kinds of insurance, and, of course, for algorithmic models of personal and consumer behavior.

So if we citizens are interested in determining what’s best for a nation of 330 million souls, then we ought to be informed by the numbers. One such is  2,813,503. That’s the number of Americans who died in 2017, according to the Centers for Disease Control and Prevention. We can say that each of those deaths was a tragedy, but we can also say most of them were an inevitability, because people grow old, suffer bad luck, and do stupid things. As Tennyson put it, “Death closes all.”

We should do all we can to advance personal and public health—being a conservative, this author has long supported a Bismarckian national health insurance system—and yet even under the most compassionate and comprehensive system, difficult choices must be made. Thus the chill logic of technocratic health concepts such as Quality Adjusted Life Years will be invoked as we decide among, say, neonatal units, emergency rooms, and Alzheimer’s care homes.

In the meantime, whatever we decide to do, healthcare-wise, we’ll have to find a way to pay for it. And that requires a functioning economy—which we don’t have today—including people going back to working and spending.

To be sure, few want to think that they might be put at greater risk of dying for the sake of the economy. Indeed, the overt equation, life for money, is what the anthropologist Philip Tetlock has called a “taboo tradeoff”; that is, the choice is abhorrent on its very face.

Yet today, it’s hard to think of anything more taboo than the idea that blue-dot urban elites, those with enough to either to take time off or to telecommute, are dictating policy to those who need to work every day. Indeed, it’s downright abhorrent to think that low-paid Amazon delivery workers are deemed to be essential and expendable, at the same time.

Yet there’s another kind of tradeoff; the “sacred tradeoff”—that is, the noble sacrifice of life for life, or lives. Christians are taught the wisdom of John 15:13, “Greater love hath no man than this, that a man lay down his life for his friends,” and other faith traditions similarly exalt altruistic self-abnegation.

To be sure, it can be a challenge to extend the sacred tradeoff to the nation as a whole. These days, the words of the Roman poet Horace, Dulce et decorum est pro patria mori (“It is sweet and fitting to die for one’s country”) are usually used ironically, even bitterly, as in the famous World War One poem by Wilfred Owen. Even so, cops, soldiers—and, of course, these days, healthcare providers—put their lives on the line every day.

Indeed, it’s evident that a paralyzed economy will be a mass killer, too. As Christie explained, it’s a choice between two grims:

“The grim reality is that additional lives will be lost as we reopen our country—in fact, as a result of reopening our country.  But the equally grim reality is that additional lives will most certainly be lost if we do not.  What will we say to those who, because of the despair caused by hunger, homelessness and economic ruin, fall victim to domestic violence, drug addiction and depression? There are no easy or cost-free solutions.”

To be sure, Christie advocates maximum protections for all, including masks, temperature checks, and ad hoc isolation, as for seniors and other vulnerable categories.

Yet still, he argues that businesses should be able to re-open at 50 percent capacity, “county by county, as local circumstances allow.” And, of course, a lot more testing: He argues for the “invocation of the Defense Production Act to speed the availability of broad testing.”

Speaking of the Defense Production Act and mass-testing, Chicago businessman-turned-civic activist Lou Weisbach has advocated for an all-out national effort to secure testing for every Americans within a month. Such an ambitious target might seem out of reach, and yet our history shows that when we put our shoulder to the wheel, we have been able to achieve such ambitious goals—and even exceed them.

Weisbach further envisions a “Testing Corps,” in the spirit of the New Deal-era Civilian Conservation Corps, as a way of both getting everyone tested and getting people back to work.

Yet there’s still plenty of room for new thinking as well. For instance, on May 11, three Israelis published an op-ed in The New York Times, arguing for a new work pattern of four days on the job, followed by ten days off. This “cyclic strategy,” they argued, would provide for an automatic ten-days-at-home lockdown, thus breaking any possible cycle of infection.

To be sure, just about everyone has his or her own hot take on the coronavirus issues, including Joe Biden. (Short version: He thinks Donald Trump is doing a bad job.)

Still, Christie’s opinion is interesting for a couple of reasons: first, he is close to Trump and so could possibly affect current policy; second, in clearly siding with the “re-openers,” he seems to be placing a bet on where he thinks the issue is headed. That is, the openers, driven by desperation (and okay, in some cases, ideology), seem to have the momentum. The public-opinion polls might not show that pro-opening motion yet, but they will soon enough, as the economy stagnates and unemployment rises. As the New Jersey Devils hockey team might put it, reopening is where the puck is headed.

Christie, after all, is only 57; it’s perfectly plausible to think that he still has political ambitions for state or national office.

Indeed, Christie shrewdly invoked, and quoted, the commander-in-chief who most epitomizes effective leadership, both in hard times and in war: Franklin D. Roosevelt. In his “fireside chat” of September 7, 1942—less than a year after Pearl Harbor, when victory was far from assured—FDR declared, “We Americans of today bear the gravest of responsibilities. … All of us here at home are being tested—for our fortitude, for our selfless devotion to our country and to our cause.”

As Christie put it, “Today, we are being tested again. FDR assured Americans that they were ‘tough enough to meet this unprecedented challenge,’ and that remains true today.”

For the sake of our republic, let’s pray that Christie is right, and that we still have World War Two-like fortitude—including the fortitude to withstand losses while pushing ahead on a victory plan for the nation.

James P. Pinkerton is a longtime contributing editor at The American Conservative, columnist, and author. He served as longtime regular columnist for Newsday. He has also written for The Wall Street Journal, The New York Times, The Washington Post, The Los Angeles Times, USA Today, National Review, The New Republic, Foreign Affairs, Fortune, and The Jerusalem Post. He is the author of What Comes Next: The End of Big Government–and the New Paradigm Ahead (1995).He worked in the White House domestic policy offices of Presidents Ronald Reagan and George H.W. Bush and in the 1980, 1984, 1988 and 1992 presidential campaigns.