China Moves to Wean Itself of US Dollar Dependence, Steps Up Testing of Sovereign Digital Currency 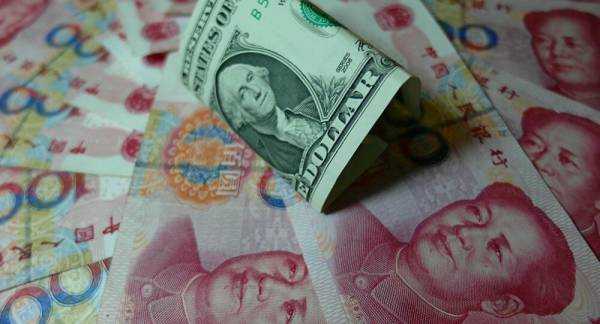 Reports that China was launching a pilot program to test its ambitious Digital Currency Electronic Payment made headlines in late April, amid the emergence of screenshots on social media showing the DCEP wallet.

As China expands globally, seeking significant financial autonomy and less dependency on America amid its trade war with Washington, the country has long sought to wean itself from the US-dollar dominated financial system.

Finally, after years of effort, China is gearing up to release the world’s first sovereign digital currency – DCEP (short for Digital Currency/Electronic Payments).

China’s central bank launched a trial program across four cities – Shenzhen, Suzhou, Xiongan and Chengdu – to test the use of its digital currency, touted as incorporating some features of cryptocurrencies, but lacking the anonymity of such digital assets, the Digital Currency Research Institute of the People’s Bank of China confirmed to the South China Morning Post (SCMP).

The acknowledgement came in the wake of reports triggered by a spate of screenshots on social media that supposedly showed the DCEP wallet.

DCEP trial runs will be piloted to a small range of banks and end users, eventually spreading to a wider range amid improvements in the technology and system.

There are said to be three principal differences between DCEP and existing cryptocurrencies such as bitcoin, according to Terry Liu, CEO of VoneChain Technology, a blockchain consultancy based in Shanghai, cited by Wired UK.

First, while Bitcoin is mined, meaning the source is decentralised and controlled by an algorithm, DCEP is government sanctioned and centralized.

Secondly, the underlying technology is different. The blockchain ledger will be controlled by the government and not distributed across the system.

And thirdly, it will operate like a normal currency and be integrated throughout the commercial system, the expert is cited as saying.

China’s digital currency breakthrough was widely trailed and comes against the backdrop of an escalating war of words with the US.

Amid the COVID-19 global pandemic and the economic fallout triggered by it, the US has been ramping up accusations against China, claiming it had covered up the initial outbreak of the virus and lacked transparency regarding death toll numbers.

More recently, there have been statements uncorroborated by any evidence from US President Donald Trump and Secretary of State Mike Pompeo that the virus had originated at a laboratory in Wuhan, where the outbreak started in December 2019.

China has emphatically dismissed the speculations as “groundless accusations”.

China has been seeking to shake off reliance on US dollar settlements that allow Washington to impose unilateral punitive sanctions on companies via the threat of exclusion from the SWIFT dollar settlement system.

DCEP as part of the further development of an RMB-based trade settlement system could serve to counter what Beijing has branded as “weaponisation of the US dollar” as a foreign policy tool, reported the China Daily on 24 April.

The ongoing Covid-19 crisis, with its protocols of social distancing and “contactless” payments might also enhance the appeal of a Chinese digital currency, with the launch of Facebook’s Libra earlier this year also seen as accelerating China’s development of DCEP.

Previously, Beijing had taken bold steps to globalize the yuan and enhance its status to match the size of the Chinese economy, futures, yet these ambitions were fraught with challenges.

While not regulating yuan convertibility for trade payments, China imposes restrictions on conversion for capital transactions, Lee Chi-hyun, a researcher at the Korea Center for International Finance, was quoted as saying by Asia Times.

Now, many experts perceive China’s launch of a digital currency as part of its long-term play to underwrite the globalization of the yuan.