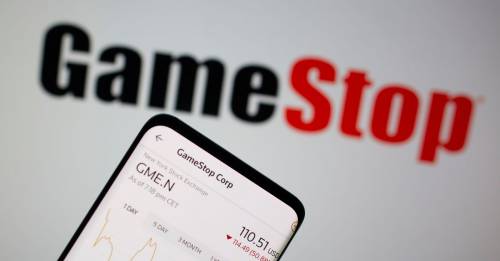 Concise insights on global finance in the Covid-19 era.

MEME FOR ME ME. GameStop (GME.N), the brick-and-mortar video-game retailer attempting a transition to the digital world, is best known for the Reddit-fueled stock-price surge that rocked trading platforms like Robinhood Markets early this year read more . Now it’s earning a place in the history of executive pay. Boss George Sherman is leaving and will collect a $179 million windfall, according to Reuters .

Part of that eye-watering sum stems from a change in Sherman’s pay targets, something companies including $11 billion GameStop did during the pandemic. For observers who see the average American chief executive making millions every year that’s not an edifying practice. Still, the parting gift owes most to the runup in GameStop’s stock price. On Monday, the company’s shares closed at $158.53 each. Last June, when Reuters says Sherman received stock grants, they traded at around $5 apiece.

Having earlier missed out on using its inflated share price to raise needed cash read more , the company is also now selling new equity. At least other investors and GameStop itself are cashing in alongside the CEO. (By Richard Beales)

Previous : Guest view: Getting finance in shape for COP26
Next : Meghan Markle and son Archie ‘spoke to Queen before Prince Philip’s funeral’