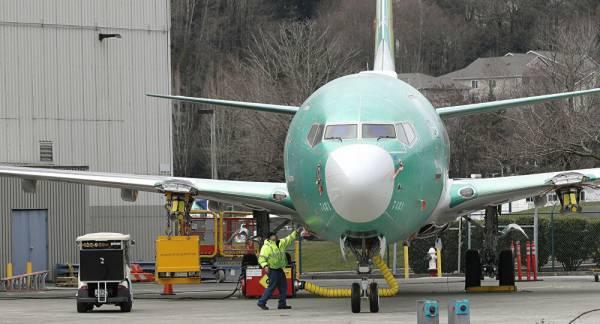 The Chicago-based aerospace giant is understood to be seeking ways to restore its funding deficit, as the persisting pandemic has drastically pushed down demand for passenger air travel.

Boeing is working with investment banks to potentially market an offering to bond investors in the coming days conditioned upon the market being favourable for the offering, Reuters reports citing three sources. No exact timing and size of the deals are understood to have been decided yet, with one source claiming the proceeds could amount to over $10 billion.

The company is expected to discuss its funding options while revealing its first-quarter earnings on Wednesday, as deliveries during the first months of 2020 were the lowest since 1984 for the said period.

The crisis-struck plane manufacturer has, meanwhile, reportedly floated applying to the US Treasury Department for aid under a $17 billion programme as a company critical to national security. But, according to sources, Boeing CEO David Calhoun prefers no strings to be attached to such aid, ruling out potentially trading it for an equity stake, as was earlier suggested.

According to one of the sources cited by Reuters, Boeing is also examining support available to companies from the Federal Reserve, under the Primary Market Corporate Credit Facility, which can provide assistance to companies issuing bonds without placing any strict payout conditions on them.

Calhoun told investors during the company’s annual shareholder meeting on Monday that the company would have to borrow more over the next few months, with credit rating company Moody’s putting the cash-strapped aerospace giant’s needs at up to $30 billion in 2020.

The Chicago-based company is also working on 737 MAX jet software issues trying to bring it back into service after two fatal crashes. The aviation industry at large has been stifled by the coronavirus pandemic because people are increasingly staying in, bringing down demand for passenger air travel.