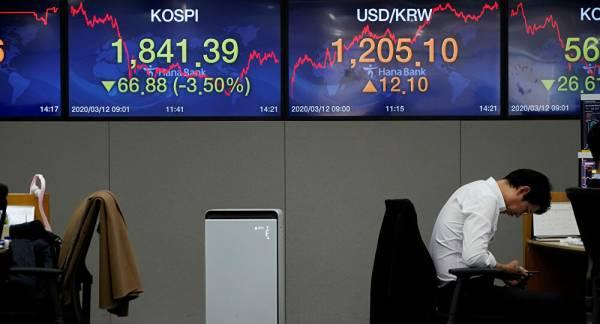 Stocks in the Asian-Pacific region are climbing up amid the expectations of a US Federal Reserve decision on interest rates, which is to be announced at 6 pm GMT on Wednesday.

Stocks in Asia opened positively on Wednesday, with markets in Japan staying closed for holidays.

Over in Australia, the S&P/ASX 200 rose 1.12 percent, as shares of major banks such as Commonwealth Bank of Australia and Westpac went up 3.45 percent and 4.5 percent, respectively.

Overall in the region, the MSCI Asia ex-Japan index increased by 0.5 percent.

Meanwhile, major US stock indexes fell on Tuesday, with the Dow Jones Industrial Average dropping 0.13 percent and the S&P 500 settling 0.5 percent down, while the Nasdaq Composite decreased by 1.4 percent.

Previous : All for Love? Indian Man Goes for Joyride in Ambulance to Secretly Marry Amid Lockdown
Next : Airbus Announces 481 Million Euro Quarterly Loss Due to Coronavirus