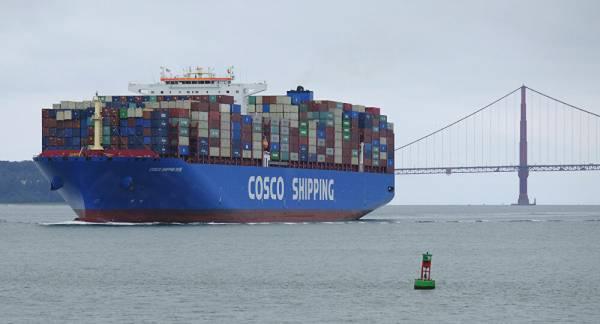 The economic impact of the coronavirus outbreak is beginning to be felt with British Airways announcing they are laying off 12,000 employees and the German economy forecast to shrink by 6.6 percent over the next year.

“I hope the coronavirus crisis helps end the obsession with free trade and comparative advantage as a way of organising the global economy. It was always a fantasy as I have explained before,” Steve Keen, the author of Debunking Economics and the world’s first crowdfunded economist, says, adding that the coronavirus outbreak could have massive ramifications for globalisation and could sound the death knell for the oil industry.

​Britain imports half of its food – the vast majority of it from the European Union: pasta from Italy, cheese and wine from France, fruit and vegetables from Spain, nuts and olives from Greece and grain from eastern Europe and meat and fish from various countries.

While Britain is never going to be able to produce citrus fruits or exotic vegetables at home, there are area where it could be resurrect industries, such as steel, to stave off the need for huge imports.

​Prof. Keen says: “Rebuilding manufacturing capability in an era of global warming should be the policy emphasis rather than trade.”

The oil industry has been hit hard by the shutdown, with demand for petroleum,  refined oil and plastic plummeting and the price of oil dropping to a negative value.

He said he understood it was hugely expensive to stop oil wells flowing – because the oil is under pressure and needs to be physically blocked to stop it coming to the surface – and it would be “uneconomic” to reopen many wells after the crisis.

​He said that meant that shale oil producers, who need a price of between US$30 and US$50 a barrel to survive, were “probably finished”.

“Only Saudi Arabia, which I am told can produce at a cost of about $3 a barrel, will be guaranteed to be profitable, but the Saudi state’s expenditure needs a far higher price than that. So they may attempt to commandeer all of the available demand once it begins to recover,” says Prof. Keen.

Prof. Keen also said that tourism will almost cease until the virus is eradicated.

“The need for social distancing on planes will make business class the cheapest available fare. So the demand for aviation fuel will collapse,” he emphasizes.

On Tuesday, 28 April, the German economic institute Ifo said the country’s economic output had plummeted by 16 percent since the lockdown began and would probably fall by 6.6 percent over the calendar year.

​But Prof. Keen says: “I think a 6.6 percent fall in GDP is an optimistic estimate of the damage coronavirus – and most importantly, our poor response to it – will ultimately do. I think a fall in GDP of the order of 10-20 percent for the year is more likely.”

The infectious diseases and complex systems specialist Baneer Yar-Bam pointed out recently humanity could have eliminated the virus completely with a strict five week lockdown.

Prof. Keen says: “To have done that, all but essential work – meaning food production and distribution, electricity, sanitation, and health – would have stopped for two weeks. It would have resumed for the fraction of the population without the virus after two weeks and then full economic activity would have recommenced after five weeks.”

He said that would have meant companies who represented 75 percent of GDP would have ceased completely for two weeks.

“So to get an outcome only about twice as bad as the best possible outcome would be, I think, miraculous – and unlike President Trump I don’t believe in miracles,” says Prof. Keen.