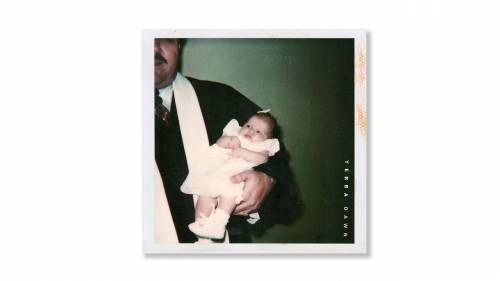 In 2016, when Yebba was on the verge of a viral breakthrough on YouTube, the Arkansas singer-songwriter lost her mother, Dawn, to suicide. A preacher’s daughter who sang from a young age in the church, Yebba had dropped out of college, and moved to New York in pursuit of a music career. A spellbinding performance of a song called “My Mind,” at a show for Sofar Sounds, introduced her voice to the world. Then tragedy struck. Yebba seemed unsure about how to move ahead, how to take advantage of the doors that were opening for her. She performed with Chance the Rapper on “Saturday Night Live” and scored guest appearances on songs for A Tribe Called Quest, Sam Smith, and PJ Morton, winning a Grammy for the latter. Cold, calculating label executives felt that her sorrow could become song-making fuel, to her horror.

After a couple exploratory years, Yebba found a creative match in the producer Mark Ronson, in 2018. Best known for his work with the late Amy Winehouse and the contemporary funk star Bruno Mars, Ronson has made a career trafficking in Yebba’s brand of blues. While collaborating on his album “Late Night Feelings,” from 2019, they started working on the songs that would become hers. Yebba didn’t set out to reckon with her mother’s death, but that was where the writing took her. Her début album, “Dawn,” named for both her mom and a symbol of a new beginning, probes the hurt of being left behind and the release of finding a path forward through music.

Dawn herself casts a shadow over the album—there are direct references to her death—but many of the songs seem more preoccupied with surviving in her wake. There is an underlying tenderness on “Dawn,” and the tracks warm over like a bruise responding to treatment. Subdued yet soulful, the project blends twinkling indie folk, inviting R. & B., and light jazz into a tonic. Inspired by D’Angelo’s classic neo-soul album “Voodoo,” Yebba and Ronson sought assistance from many of that album’s key players—the drummer Questlove, the keyboardist James Poyser, and the bassist Pino Palladino—and they also recorded at Electric Lady Studios, creating continuity. They were joined by other like-minded musicians, such as the guitarists Thomas Brenneck and Smokey Hormel, and Yebba’s friend James Francies. As a result, the music has a familiar yet distinctive style, as if it were using a vintage filter.

The retro and the contemporary find a nice equilibrium throughout “Dawn,” but the draw is still Yebba’s voice and the way she massages every note into a sigh. She possesses an explosive melisma on par with some of the great power-pop divas of the past, but finesse is her strength. She allows the depth and purity of her tone to reverberate, even in the quieter moments. The album’s opener, “How Many Years,” lets threads of whisper-song fray into a gossamer veil, mirroring her apprehension and her doubtfulness. “Where can I run when the ground moves beneath my feet?” she wonders. As her elegant, smoky voice floats off into the recesses of a smoldering production, on “October Sky,” she performs tributes to her mother’s memory. The song and its lyrics re-create a nostalgic memento from her childhood—Dawn calling her kids outside to shoot off bottle rockets made by her high-school students—and, as Yebba sings about the moment of the launch, her voice whizzes into the stratosphere. The rest of the song is constructed around that framed image, one Yebba holds on to as she tries to figure out what her future in New York looks like without her mom.

The greatest triumph of “Dawn” is that Yebba never loses her sense of self in remembrance. A tragedy of this magnitude threatens to overwhelm a début’s statement of identity, but Yebba won’t allow her story to be defined only by what happened. Instead of romanticizing her grief, she pushes through it, untangling a mess of emotions in search of closure. The songs center her as she works through trauma and the pressures of her newfound fame, memorializing her mom, managing her other relationships, and uncovering who she will become now. “They cut my palms with paper / Made from her autumn leaves / I’m bleedin’ out disclaimers / Into my family tree,” she sings, on “Louie Bag,” a song addressed to the music executives who tried to rush her into a deal right after her mother died. “Fuck the interviews to enterprise / I’d rather look into my mother’s eyes / And let it be.” As Yebba’s voice presses into a slight falsetto, she refuses to let anyone dictate her trajectory.

There are understated, lovely flourishes throughout the album that seem to mime acceptance and set the stage for the talented twenty-six-year-old artist to move into the next phase of her life. “Far Away” inverts lyrics from “How Many Years,” signifying incremental progress. “One More Smile” craftily echoes “Louie Bag,” a callback demonstrating the many feelings that Yebba was simultaneously grappling with during this period. Both tracks roll into “Love Came Down,” a celebratory song about romantic deliverance. The haze that hangs over the instrumental title track also hangs over the rippling closer, “Paranoia Purple.” Both songs were written and produced by Yebba alone, and they feel private. The latter contains a verse that seems to be written from Dawn’s perspective, to which Yebba replies. She admits that she still can’t understand her mother’s decision. But there is a muted acquiescence in her tone—a realization that all that’s left is to keep going.