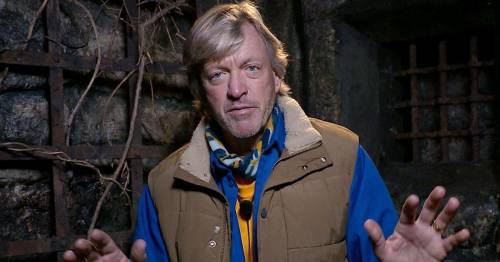 Richard Madeley has had to leave I'm a Celebrity today despite feeling "fine" – but there's a good reason behind it!

The 65-year-old campmate's departure comes after it was revealed that he had been taken to hospital in the early hours of this morning due to feeling "unwell" in the camp.

He later released a statement confirming that he had left the ITV show, which is based at Gwrych Castle again this year, despite assuring fans that he is "absolutely fine."

The Good Morning Britain presenter has explained the reason why he's had to leave the camp and it's because of Covid-19 protocols which have been introduced on site.

The rules – introduced in response to the pandemic – mean that the celebrities have formed a bubble, having each quarantined prior to entering the castle last week.

It's understood that once someone leaves – such as for a medical check, as was the case with Richard – they're not permitted to re-enter camp, in order to retain the bubble.

Richard said: "By leaving the camp, I had consequently broken the Covid 'bubble' and as such I've had to leave the castle and all the wonderful celebs that remain in camp."

An ITV spokesperson confirmed earlier: "Our strict covid protocols means Richard has sadly had to leave the show as he is no longer in the bubble the celebrities form when entering the castle."

The TV presenter – who is known for hosting This Morning alongside his wife Judy Finnigan – said that he was "gutted" to leave so soon but noted that the safety of the other campmates is the priority.

"I'm incredibly excited to watch their journey continue…even more so at the prospect of being somewhere a little warmer than Gwrych Castle," he teased in his statement.

He added: "Thank you to everyone who supported me on my brief but completely unforgettable adventure. I've made some great friends and honestly had the time of my life."

The ITV spokesperson said that the journalist has been a "truly brilliant campmate" and added in their statement: "We thank him for being part of this series."

I'm a Celebrity continues tonight on ITV from 9pm. You can catch-up on previous episodes through the ITV Hub.