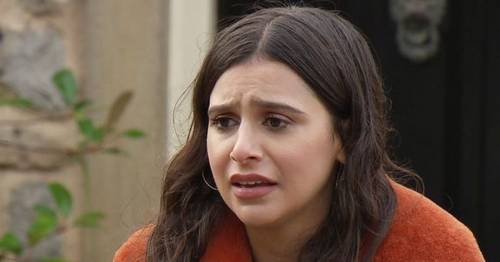 Who has Meena killed so far in Emmerdale? Serial killer to face ‘judgement day’ soon

Meena Jutla could be one of Emmerdale's most terrifying serial killers.

She has already murdered four people and attempted to kill many more – but is Meena's reign of terror really over?

Bosses of the ITV soap have teased that the villain will face her "judgement day" for her crimes soon, as executive producer Jane Hudson teased to The Mirror and other press: "I think it's fair to say that judgement day for Meena is coming. But whether she'll get away with murder you're going to have to wait and find out.

"There are still some more twists and turns to be had in this story. Some that you probably won't see coming but I think we can all agree that Meena can pretty much do anything."

Not much is known about Nadine – and she's never appeared on screen – but she was Meena's best friend in the past and what turned out to be her first murder victim.

Meena first mentioned her friend Nadine to Diane Sugden, but said her pal had killed herself. However, she was later seen with a newspaper clipping that confirmed that Nadine's death was suspicious.

Later on, as she murdered her second victim, Meena admitted to killing Nadine.

In fact, it was Leanna's discovery that Meena had murdered Nadine that caused her own life to be cut short.

The pair argued over Nadine's death, with Leanna vowing to "forget" Meena was involved in Nadine's untimely death. However, Meena wasn't having any of it and pushed her off the bridge to her death.

In the tragic scenes, Meena grabbed Leanna by the throat and slammed her onto the bridge wall. Leanna pulled on Meena's hair before Meena pushed her from the bridge to her death on the rocks below.

She stole Leanna's ring to put in her special trinket box where she keeps the 'trophies' of her killings.

Andrea was Meena's third victim and again, she was in the wrong place at the wrong time.

The serial killer had to end Andrea's life after she saw her trying to kill her love rival Victoria Sugden in the aftermath of the devastating bridge collapse.

Andrea Tate died in the fire

Meena hit Andrea over the head with a blunt object whilst they were in a maize maze and the whole thing was set alight by a flare, with there no way for Andrea to escape.

However, since Andrea's body wasn't shown on screen, some fans are convinced she could still be alive.

Ben was Meena's fourth victim, murdered after she realised he had found footage of her trying to drown Victoria.

He had discovered the camera footage and had called Billy to tell him, but instead, Meena went over to try and find out just what this footage might contain.

Actor Simon Lennon previously teased Ben could "fight his way out of it" after Meena's discovery, as he said: "As we've learned with stuff at the HOP, your word is as good as nothing when trying to plead your own innocence. If ultimately something bad happens to her, what does that mean for him and how again would he prove his innocence?"

But it wasn't to be and Ben sadly died, leaving his partner Aaron Dingle heartbroken.

Victoria became Meena's target due to her relationship with David Metcalfe.

After falling for David, the serial killer decided to try and murder Victoria so she could have him all to herself and as they all fell in the water after the bridge collapse last year, Meena saw her chance.

Victoria was nearly killed by Meena
(

Finding an unconscious Victoria floating in the water, she was delighted as she said: "Wow, you look bad. Sicky Vicky."

She then told her to "hang in there for David's sake" before pushing her head into the water and trying to drown her.

Meena's sister Manpreet has been through an ordeal at the hands of her evil sibling.

Firstly, they both nearly died in an explosion at the Woolpack pub and then, if that wasn't enough, Meena decided to take her sister hostage from the hospital and try and kill her.

She drugged her with sleeping tablets but was forced to move her to a barn as police grew suspicious.

Manpreet managed to get away from Meena – but she was hit by Charles in his car as she tried to escape, with fans now worried she might not make it through the night.

Vinny got very close to the truth of Meena's crimes – and that's why she kidnapped him and tried to kill him.

He was determined to prove Liv wasn't responsible for Ben's death so turned detective himself, creating a whole incident board which Meena came across and realised he was close to the truth.

She found a note on it that said 'speak to Meena' and she knew her time was up so plotted his death too.

Thankfully, he made it out alive and was able to escape her clutches.