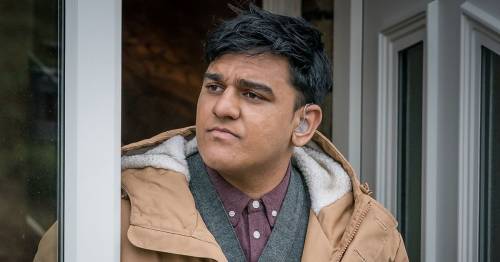 The Bay has returned to our screens with a brand new detective and a brand new crime that has shocked the sleepy seaside town of Morecambe.

Marsha Thomason plays Jenn Townsend, a Detective Sergeant who started off her first day at the job deep diving into the suspicious circumstances of Saif Rahman's death.

His body was found in the bay and DS Townsend visited the Rahman family to break the news and begin the process of solving the murder.

During the first episode, she met Jamal Rahman (played by Nadeem Island), who is the brother of murdered Saif.

Jamal is introduced as a sixth form student and he is first seen wearing his school uniform.

However, viewers seemed confused about his age as they thought he looked a little older than a sixth form student.

Viewers were confused about his age
(

Another questioned: "How old is the lad at school ? He looks older than me and I’m very old."

"Looks like Jamal picked up his pension before school," one user joked while another said: "Jamal is the only boy at high school with a wife, mortgage and two kids he's putting through uni."

"What age do they go to school to in Morcambe?" a viewer posted.

One said: "Jamel looks way older than he is? He looks about in his late 20s. Why is he in that class?"

According to his Instagram page, he is around 25 years old
(

He plays Jamal Rahman in the new season
(

The actor, Nadeem, is an accomplished deaf actor and previously discussed the 'complexity' of his character in the third series of the crime drama.

"To give you some context, he knows far too much, goes through a lot and yet still maintains hope," he revealed to DigitalSpy.

"He respects his significant others very highly which was an interesting dynamic to explore with the cast."

Morven Christie was previously the lead character in the first two series of the intense show.

And now, Marsha has taken over as lead star.

She is best known as Diana Berrigan in White Collar, as well as Naomi Dorrit in Lost.

"Even though I live in the States, I had seen the first series of The Bay and loved it," she said about joining the show. "I was so excited to be cast, but I do feel a certain amount of pressure because Morven's are big shoes to fill."

The Bay's newest season airs every Wednesday at 9pm on ITV*

Previous : Emmerdale fans ‘rumble Priya will save Vinny and Manpreet’ from Meena after barn clue
Next : Mum taken to hospital after kitchen ceiling ‘collapsed’ on her head as she made dinner