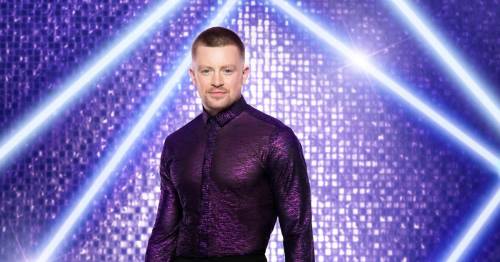 He’s just back from winning a silver and two golds in Tokyo but Olympian Adam Peaty doesn’t think his swimming skills are going to be very useful as he takes to the floor for Strictly Come Dancing.

Asked if they would help him, he laughed: “Probably hinder because I’m used to being in the water, I’m not used to being on land and against gravity.”

The dad-of-one reckons he does have some natural dance ability though.

“I guess if you’re dancing you might as well rate yourself,” he says.

“I know my hips are hopefully going to be quite fluid.”

To give himself every chance of victory, he says he may even rope in girlfriend Eiri for some extra practice.

Peaty, 26, says he was persuaded to take part in the dance show because the timing – right after the Olympics – fell perfectly and offered him a well-earned break from his usual training.

He said: “I felt like I needed to take a bit of time away from swimming because it’s been my life for… my whole life basically. I think I’m the only one who is not training.

“I’m just trying to keep my fitness but, at the same time, take a lot of time off.”

Stressing that he’s not retiring, he says he just fancied doing something a world away from what he knows.

“I know it’s going to be very different, but once the training starts I will work hard, very hard.” And he says Strictly is, at least, “a good way to get a tan”.

Of course his sporting work ethic is bound to come into play from Saturday, when viewers find out who his professional partner will be.

Adam says he is simply hoping for “someone I can get on with”.

The Strictly star with his son George and partner Eiri
(

He added: “I’m used to going up and down a lane for four hours a day and then going to the gym for two hours.

“I’ve trained my mind and body for a long time, so I just hope I can put the hard work to use. I’ve won pretty much every competition I’ve gone into, well in sport anyway, but this is different.

“I have no idea what to expect.”

One big change is that this time, when the cameras are on him, he’ll be wearing more than his usual skimpy trunks.

“The trousers I’m getting used to,” he laughs. “I’ve just had my first tight-fitting, it’s quite nice to be fair.”

He’s certainly not letting his lack of experience dent his enthusiasm.

“I like ballroom. I like watching it, especially on TV. I’m nervous about Latin dancing – but I’m high-energy so I’m just going to go for it.”

As a top-flight sportsman, he is well used to being criticised but admits he’ll find it tough if he feels the judges are being unfair with their scores.

He said: “I can take criticism, but if I think it’s a good dance and I’ve put my heart and soul into it – and hours and hours of training – then someone says it’s only a three or a four, then I’m not going to be happy.”

At this stage – when he’s yet to see any moves by competitors including Mcfly’s Tom Fletcher – he doesn’t think he’ll be one of the first to get booted off the BBC competition.

He admits: “Those first few weeks are going to be quite hard in terms of the training, the show, the dancing, the rehearsing, everything around that.”

But showing typical Olympian confidence, Adam adds: “I think once I get a few weeks into it I’m going to be good.”