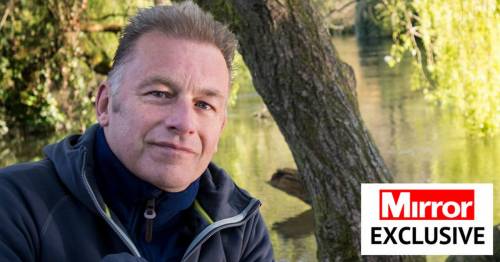 With his unrivalled knowledge of UK wildlife and the ­wonders of the countryside, passionate conservationist Chris ­Packham knows more than most about the true beauty of glorious Britain.

And as he shares a childhood walk close to his heart, the TV presenter reveals just how much the place we grow up in can shape our lives.

Chris is taking a stunning trek along one of the oldest waterways in the country – from Eastleigh, Hants, along the Itchen River towards the historic Winchester Cathedral.

He says: “It’s not any old walk. It’s a really important walk to me. I’m following in my distant footsteps on a path where I grew up, where I really cut my teeth as a naturalist and had plenty of time to think about the world.

“I’m starting near Eastleigh, following the River Itchen and Itchen Navigation, a watery network. I’ll head upstream passing Shawford and Twyford before making my way to St Catherine’s Hill, finishing my walk outside Winchester Cathedral. I’ve walked here many a time with my family, mainly my dad when I was young. I’m looking forward to it but I think sometimes it takes courage to walk in your own distant footsteps. You don’t know what you’re going to find.” 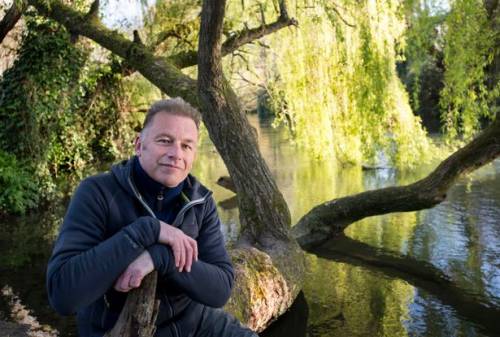 Listening to the sounds around him as he films for new documentary, Chris Packham: The Walk That Made Me, he adds: “Listen to that, what a start.

“Rushing water through the weir and an argumentative robin. That colour. That curtain of green. The reflections on the water. If only Monet were here now.”

Chris, 60, then spots two swimmers emerging from the river.

He says: “My goodness me, emerging nymph-like from the water. It’s like some sort of halcyon Grecian scene.” Chris with his two dogs Itchy and Scratchy
(Image: Handout)

Splitting from the River Itchen, Chris follows the Itchen Navigation, a network cut some time between 1665 and 1710 after an Act of Parliament during the reign of Charles II said the river should be easier to move through.

He meets Alan Boston outside his home by the water. Chris says: “What a wonderful place to live.”

Alan tells the Springwatch host how he just saw two otters. He adds: “They got out of the river. One morning I came to the top of the stairs and there was a kingfisher on top of the gate.”

Soon the star, who was diagnosed with Asperger’s Syndrome in his 40s, reaches one of his favourite stretches. 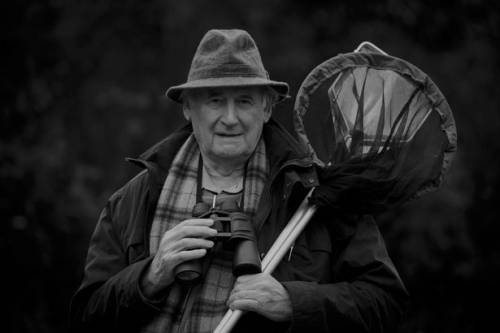 Chris' dad took him on many works as a child
(Image: Handout) 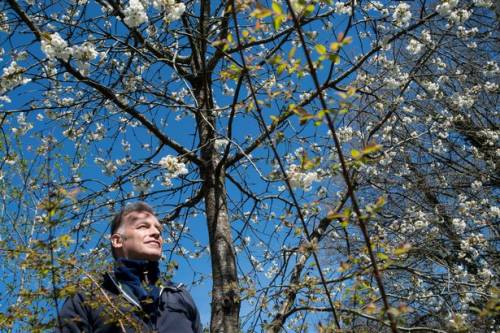 He says: “This is where we came to look for reed buntings, me and my dad. One morning my mum had made us a packed breakfast and in it she’d put some of her infamous cake.

“My mother was a good mum but a very poor baker. All of her cakes were overcooked. We were sat on the side of the navigation and there was a big fat trout in there. I caught a couple of grasshoppers and I flicked them in and it came up and took them.

“My dad threw a piece of his cake into the water. The trout took it in its mouth, then it spat it out. Even the trout wouldn’t eat Mum’s cake.”

Chris recalls a tough time in his life after the death of his poodle Fish, and tells how two more saved his life. 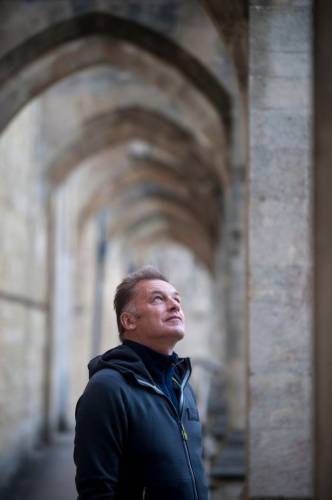 The nature lover believes the place we grow up in can shape our lives
(Image: BBC/Atypical Media Ltd/Tim Smith) 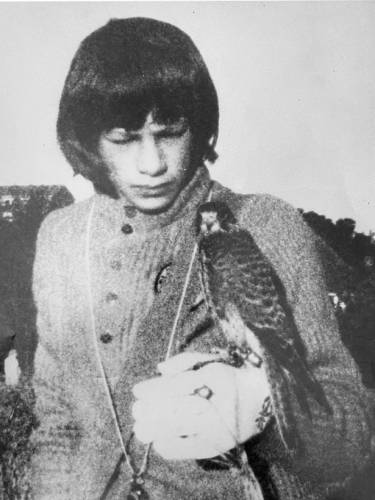 Chris as a child
(Image: Handout)

He adds: “I got to a point where I couldn’t reach anything and I was beyond everyone’s reach. As much as the people who cared for me tried, they couldn’t connect.

“Someone recognised the only way to get me out of this mess might be to get more dogs. I was kind of forced to get Itchy and Scratchy.

“Those dogs saved my life. These days people have recognised the value of those relationships and autism assistance dogs are a common thing.”

Chris then meets Chris Corcoran, a Twyford councillor who is working with members of the community to flood the nearby water meadows. It’s a practice dating back to the 17th century to help grass grow quicker, and was picked up again in 1989. 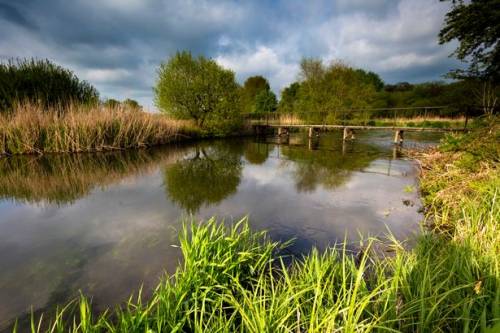 Heading for Twyford Down, Chris moves back to the main river. He says: “This river runs through me.”

Telling how walking became part of his mental health regime, he says: “I had to seek it out because I couldn’t get a handle on how to manage myself with Asperger’s. I thought I came here because everything lived here that fascinated me but when I look back on it now this is a place where I found comfort in my perceived isolation.”

He recalls waking up on his 18th and ­slipping away from his house to avoid the greetings of his family. Chris says: “I was at a loss how to connect with anything else.”

Eventually, he looks down on ­spectacular views of Winchester and the Itchen Valley floodplains, before taking on the final leg towards Winchester Cathedral. Chris says: “I can’t tell you how much I’ve enjoyed this walk, and the ­opportunity to reflect on things. 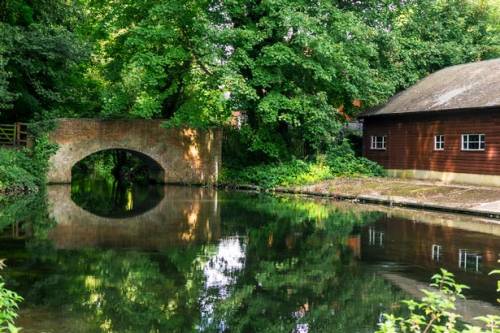 Bridge over the Itchen river along the Itchen Navigation in Winchester, Hampshire
(Image: Alamy Stock Photo)

“My beautiful dogs, my remarkable father and how much he invested in my troubled childhood and how fortunate I’ve been to have found a way through those troubles.

“Now, hopefully, I’m able to ­art- iculate some hope for those people who find themselves in a similar place.”

He continues: “There is a high suicide rate in the UK, particularly among young men, so if you know someone who’s in ­trouble and you ask if they are OK, make sure it isn’t a rhetorical question.

“Or if they say yes and you know it’s not true, help them sort it out.

“You might suggest natural health. A walk on a sunny spring day. You don’t need to know the names of
the birds, you just need to be in that space, walking with that lovely rhythm, healing your mind.

*Chris Packham: The Walk That Made Me, BBC 2, 8pm, Wednesday.