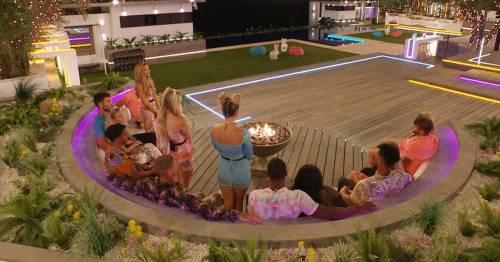 Love Island dropped a savage twist in the latest episode of the ITV2 dating series, as Islanders waited to learn their fate.

They were left reeling as they were immediately called to the fire pit, with news that at least one person would be dumped.

Viewers had been alerted to the latest dumping news on Monday night, with them tasked with voting for their favourite girl and boy.

The Islanders with the least votes from the public would be at risk of leaving the villa for good in a double exit – while it had yet to be confirmed how the twist would play out. 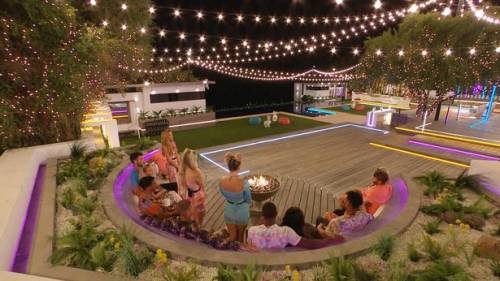 Host Iain Stirling had teased that Islanders would have a big decision to make, but he did not clarify whether it would be the most-voted Islanders or the least-voted islanders making the choices.

Faye Winter shocked the villa when she confirmed something was happening, before the drama got underway.

Receiving a text message, she read out: "Islanders. Can you all gather around the fire pit." 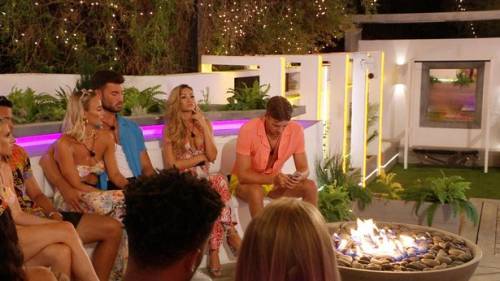 Hugo Hammond was next to get a message where he alerted his co-stars that one or more than one Islander was leaving
(Image: ITV/REX/Shutterstock)

As they all sat down, Hugo Hammond was next to get a message where he alerted his co-stars that one or more than one Islander was leaving.

He said: "The public have been voting for their favourite girl and favourite boy.

"Those with the fewest votes are at risk of being dumped from the Island tonight."

As the scenes unfolded, it soon emerged that Lucinda Strafford, Chloe Burrows and AJ Bunker were all voted the least favourite by viewers.

This meant that they were the female Islanders at risk of being dumped – but there was a twist.

Kaz then announced three boys were also at risk, with Teddy Soares, Danny Bibby and Toby Aromolaran all told they were said boys at risk.

As the villa reeled from the news, Liam revealed all vulnerable Islanders had to stand at the front of the pit.

Another text soon confirmed only one girl and one boy would be dumped then and there, but the choice was in the hands of those who were safe from the vote.

Love Island airs every night at 9pm on ITV2 and ITV Hub.

Previous : When is the 2020 Tokyo Olympics opening ceremony? Start time, dates and full schedule
Next : First Morecambe & Wise Show tape unearthed after being lost for 50 years