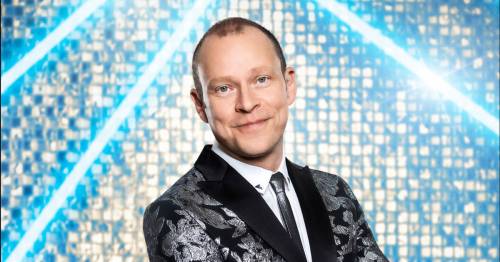 The 49-year-old comedian and actor was competing in this year's show with professional dancer Dianne Buswell and told how he had to bow out after his open-heart surgery.

In a statement, Robert said: “I’m extremely sorry to have to announce that I’m withdrawing from Strictly Come Dancing due to ill health. Two years ago I had open heart surgery and although I believed I was fit enough to take on Strictly and its demanding schedule, it became clear that I had bitten off way more than I could chew for this stage in my recovery.

"I had begun to feel symptoms that led me to seek an urgent consultation with my heart specialist, and it was her view that it would be better for the sake of my health to step back from the show.

"I’m proud of the three dances that Dianne Buswell and I managed to perform and deeply regret having to let her down like this. I couldn’t have wished for a more talented partner or more patient teacher, and it’s a measure of Dianne’s professionalism and kindness that I was able to get as far as I did. Thanks too to everyone at home who voted for us.

"It was always going to be a difficult mountain to climb (for one thing it’s made of glitter so it’s very skiddy) and I’ve been especially touched by the support from fellow heart patients. I think perhaps I was too eager to impress them.

"They will know that recovery doesn’t always go in a straight line, and I hope they’re not too disappointed that I ran into the limits of my resilience much sooner than I’d hoped," he continued.

"I leave knowing that Strictly viewers are in very safe hands and I’ll be cheering for my brother and sister contestants all the way to Christmas. Despite this sad ending, it has been a genuine honour to be part of this huge, joyful and barking mad TV show. Long may it continue," Robert finished with.

There is no denying that Robert was having a ball taking part in the hit series and during his short stint on the show he surprised viewers and the judges with his flair on the dancefloor.

However, there were a few suggestions that the long training sessions – which require a high level of fitness and stamina – where overwhelming him.

Robert was almost 'weeping' due to 'intensity' of dancing

Last week, Robert and Dianne performed a quickstep to the theme from The Muppet Show for movie week.

And the steps had to be changed to meet Robert's ability – he confessed before the show.

The joker was paired up with professional Dianne Buswell
(

The Peep Show star, 49, explained: “There is a bit, I could not get it at all and I was almost weeping as it’s so intense.

“It is like ‘I have got to do this on Saturday. I am never going to do this bit’.

“Dianne simplified it for me. She says, ‘It works better. It fits the music better.’ It is all lies – she has just made it easier because I could not do the bit I found hard.”

Robert hinted at uncertainty about the experience

During the same chat he said the “jury was out” over whether the Strictly experience was good or not.

“A lot of time I am not wired up right as my brain refuses to put this leg over this leg,” he sighed.

“If we had longer to rehearse it would happen but we get four days and one performance. At the end of that performance you might get fired. It is brutal. It is an absolutely weird show. When it is good it is really good.

“The best part is the performance on a Saturday night, getting through it and it not being a disaster. I have got through two dances and that is a big rush.”

A week ago Robert told his Instagram followers that he was struggling due to lack of rest.

He uploaded a meme of Kermit the frog laying on his back with a message read: "I need a day between every day to recover from the day before and prepare for the upcoming day."

The funnyman captioned the post: "Tore heel (Achilles tendinitis) bit better after day of ice, elevation, stretching and hanging around doing nothing. But not really recovered. Brought on by tango – will not be so bad with Kermit quickstep? Maybe ok. Let’s find out!"

Previous : Teen sentenced to maximum of 9 years to life for killing of Barnard student Tessa Majors
Next : This Morning fans slam guest who has boyfriend on speed dial to kill spiders amid phobia