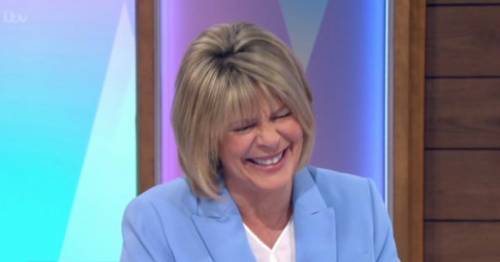 Ruth Langsford stunned the Loose Women panel on Wednesday's show as she made a cheeky comment about her sex life.

The 61-year-old was joined by Coleen Nolan, Janet Street-Porter and Kelly Bryan on the ITV show when their conversation turned to the topic of sex toy parties.

"Now over the years, Ann Summer parties have been well known for offering women the chance to buy everything from lingerie to adult sex toys in the comfort of their own homes," Ruth began.

"Now the women who sell and demonstrate the products have actually been rebranded by the company and now called the Sisterhood." 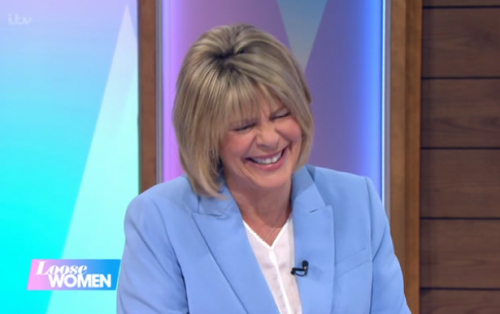 But Janet was not impressed and commented: "I didn't like the name at all. I felt like my private little joke was being intruded on. Me and my gay friends have a Sisterhood and I'm known as Sister Strop!"

Janet also claimed that she felt it "diminishes feminism in a way" but Ruth totally disagreed.

"I don’t think it does. I think it absolutely embraced women," she explained. 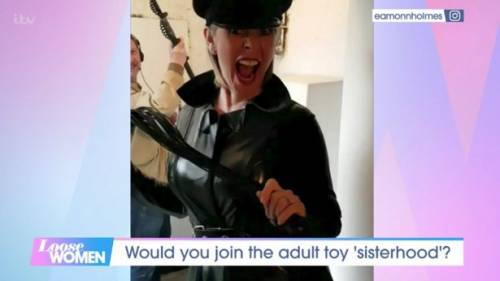 Ruth cheekily said 'You’re never too old' when a photo of her in leather and holding a whip was shown on screen
(Image: ITV)

"When the parties first started it absolutely empowered women to earn money. And also women didn’t used to talk about sex and what they wanted and what they needed.

"And I think a group of women together at those parties – yes they are selling product obviously – but part of that and the build up to whether they buy anything or not is women opening up to each other, taking about sex," Ruth added.

Coleen then interjected: "You sound like your a woman of experience here, that you’ve had a lot of these parties?"

An image of Ruth in a sexy leather outfit then flashed up on the screen as she cheekily said: "Well, there’s me dressed up with my leather whip. What can I say? You’re never too old!"

Previous : Our Yorkshire Farm’s Amanda Owen hit by awkward technical blunder on This Morning
Next : Katie Price undergoing liposuction op after putting on 2st ahead of IVF