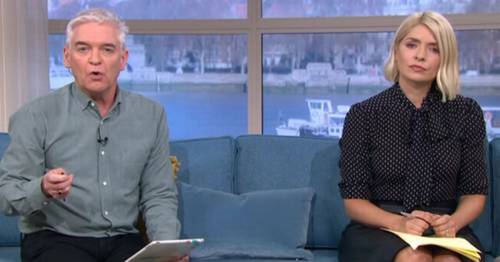 Phillip Schofield has warned Boris Johnson that “the vultures are circling” after the Prime Minister confirmed he attended a gathering in the No 10 garden during the first lockdown.

Boris Johnson issued a grovelling apology in the House of Commons today after it was revealed at least 100 Downing Street staff were invited to a "bring your own booze" gathering.

This Morning viewers watched Mr Johnson’s opening remarks to the Commons, in which he said he attended the gathering on May 20 “to thank groups of staff” before returning to his office 25 minutes later, believing it was “a work event”.

This Morning returned to the studio for a discussion with journalist Camilla Tominey about the speech.

Phillip noted that “the vultures are circling”, asking Camilla if Mr Johnson can survive this.

Camilla said it depends on the support from the Parliamentary party as well as the Conservative party membership.

She said: “As far as the party is concerned, there’s always been people who are anti-Boris, that happened even when he won a majority.

“He had two thirds of MP support – that is waning.”

Journalist Camilla discussed the apology with Phil and Holly

She continued: “The successors themselves are not the ones who are going to push the Prime Minister off a pedestal.

“It will be the backbenchers galvanising behind somebody they think can do a better job.”

Presenter Holly Willoughby weighed in to question Mr Johnson’s 'mea culpa', saying most in the workplace are not encouraged to “bring their own booze” as in the leaked email.

Johnson’s opening speech to the Commons asked that Sue Gray be allowed to complete her inquiry into the matter “so that the facts can be established”.

But Holly said the Prime Minister appears to be “pushing the ball” away by shielding behind the inquiry.

This comes after Phillip furiously criticised the Government over the leaked email yesterday.

Phillip kicked off a discussion with Matthew Wright and Julia Hartley-Brewer saying: “It would appear that the nation shouts very loudly, how dare you?”

Phillip said the This Morning staff had also gone through their phone calendars to see what they were doing on the day of the first national lockdown and said they were all at home on Zoom calls “because we weren’t allowed to be together”.

He concluded: “We’re all doing as we’re told and then do this – all credibility is gone. Don’t ask us to do anything else, because that’s it now – we won’t.”