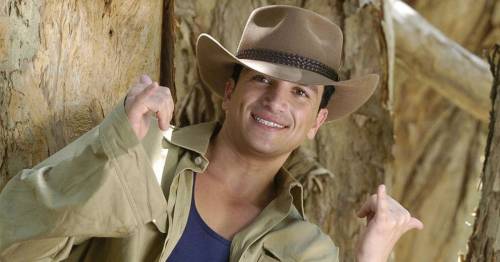 Peter Andre has rejected a huge paycheck to entice him back to I'm a Celebrity… Get Me Out Of Here!

The 49-year-old singer was one of the former campmates rumoured to be heading back to the show for the special All Star series.

However, Peter has upset fans by saying he would never r return to the jungle as a contestant but still has some ideas about appearing in the camp again.

"No I wouldn't but I would definitely preset it…as in, I know Ant and Dec present it but you the spin odd they do," he told The Sun.

"Now those I would love to present but no I wouldn't go back in the jungle."

Despite his resilience to compete on the show ever again, he still has a fondness for the experience after taking part in 2004.

Peter insists he will never compete in the show again
(

Despite not wanting to reappear on the show, Peter still expresses fondness for the experience
(

"I wouldn't go back because I have already – when Fatima Whitbread was in there in 2011 I went back as she was talking about me but I went in for a day and that was it," he added.

"I mean, how many times do you do the same thing? I wouldn't if it is one of the best shows on TV. I think people be like 'mate get over it. You've done it too many times.'

"I would like to present it though," he remarked.

Peter made his debut on the show way back in 2004 which resulted in a fiery romance with Katie Price – the pair later married and had two children together.

Despite this, they split up after four years of marriage in 2009.

Peter's statement comes after ITV announced it would be filming a special one-off All-Star series featuring the top campmates from previous seasons.

The one-off will be moving to a new location in South Africa later on in the year in Kruger National Park – the Australian version of the show is shot in the same place.

Meanwhile, a new series of the regular I'm A Celeb could be shot at Gwrych Castle for the third year in a row in 2022 if coronavirus becomes an issue again.

A TV source told The Sun : "The normal show will be filmed in Australia as planned unless COVID makes it impossible again. The South African project is in no way a backup, it’s a completely different series.

“It will see all of the iconic names who have made the show so popular over the years return to the campfire and battle it out to be crowned the Best Of champion.

“There are so many to choose from and they’re sounding out the most talked-about ones now.

The couple married and had two kids following the show
(

“Ant and Dec will host all three series as normal, and the South African version will still be based in the world of I’m A Celeb.

“The campmates will be doing trials and living in the camp environment, but with fresh and exciting new twists on the format.

“This new edition is likely to air in 2023 but before that viewers will get to enjoy the show's much-anticipated return to Australia in November.”

Previous : Millions of Brits skip meals or eat out of date food as cost of living soars
Next : Britain’s Got Talent star shares inspirational message after being left paralysed in horror accident