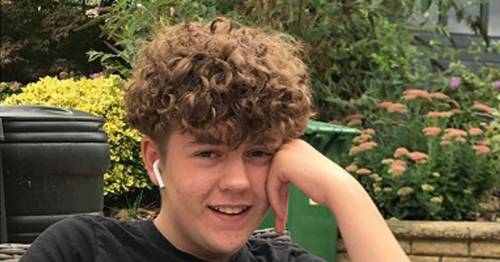 Olly Stephens – who was he and how were 13-year-old’s killers caught and jailed?

An episode of BBC Panorama tonight is set to explore the tragic story behind the murder of 13 -year-old Olly Stephens.

On January 3 2021, Olly left home for what was unknowingly the last time. The young teenager told his mum that he was meeting a friend nearby, but just 15 minutes later he’d been murdered.

Olly had been lured out to Bugs Bottom fields by a 14-year-old girl and was then attacked by two 14-year-old boys, none of whom can be named because of their ages.

The older of the boys began fighting Olly before the younger one stabbed him.

Following his murder, Olly’s parents and the police quickly learned that the attack on Olly had been entirely planned using social media.

Now, BBC Panorama has worked with Olly’s parents Amanda and Stuart to investigate the “violent and disturbing world their son had been exposed to online”.

As the documentary explores the role that social media played in Olly’s death, we’ve taken a look at how his killers were caught and the sentences they were given.

Who was Olly Stephens?

Olly Stephens was a 13-year-old boy from Reading who was killed in a horrific attack in Emmer Green last year.

Olly had also been diagnosed with autism and his father said he would always "stick up for the underdog".

“He knew no sense of danger, he stood up for himself in a confrontation and was unable to back down, but was kind and loving.”

How were Olly Stephens' killers caught?

Some 200 police officers were involved in the investigation into Olly’s murder.

Detective Chief Inspector Andy Howard, who led the Thames Valley Police investigation, described it as “one of the most shocking” of his career.

But it didn’t take much for police to find Olly’s killers; all the evidence they needed was on mobile phones.

The police said that Olly’s case stood out so much because of the huge role that social media played in the case and 90% of the evidence used to convict Olly’s killers during the murder trial came from phones.

Howard said: "We were really taken aback by the amount of digital evidence".

Police discovered that Olly had met his killers online, and fell out with them after he tried to stand up for a younger boy who’d been subject to humiliation on social media.

This was the catalyst in Olly’s murder – when his two killers found out what he’d done, they were furious and began planning an attack.

The police reviewed thousands of messages from conversations between the three teenagers involved in Olly’s murder, which were mostly on Snapchat.

The girl, who knew Olly in real life, only met the two boys for the first time in person on the day of Olly’s murder, but together they planned the despicable ambush.

In one of the voice messages found, the older boy said “I actually hate the kid with a passion, like if I was to see him right now I’ll probably end up killing him or something…”

In another message, the 14-year-old girl who lured Olly to the field said: “Karma – he (Olly) deserves all of this.”

Olly's murder was plotted by his killers over social media
(

In messages after Olly’s murder, the teenagers admitted to killing him. In one voice note, the older boy said: “Boy it was me and my boy innit. I started slapping him up and then my boy backed out and then **** shanked him.”

When a friend asked the younger boy if he’d killed Olly he replied saying “It was the biggest mistake of my life” and said that he’d done it “out of pure anger”.

It was ultimately the massive amounts of digital evidence that led to the killers’ convictions.

Charles White for the Crown Prosecution Service explained: “All three disposed of evidence linking them to Olly’s death including shared videos and messages, but their digital footprint proved to be their undoing.

“The evidence retrieved from their phones and social media accounts played a vital part in the case we presented to the jury, which has today found both boys guilty of Olly’s murder.”

What sentence did Olly Stephens' killers get?

The two boys denied killing Olly but were found guilty of his murder during a trial at Reading Crown Court in the summer of 2021.

The younger of the two boys was convicted of murder and sentenced to a minimum of 13 years in prison.

The older boy was convicted of murder and two counts of perverting the course of justice, for deleting apps from his phone and disposing of clothes from the attack. He received a minimum prison sentence of 12 years.

The 14-year-old girl who lured Olly to the attack place admitted manslaughter and perverting the course of justice.

She was originally sentenced to three years and two months, but in December last year appeal judges concluded that the sentence was “unduly lenient” and her custodial term was increased to five years.

All three teenagers will carry out their sentences in young offender institutions.

Previous : Loose Women’s Denise Welch slams angry viewers who ask her to be ‘quiet’ on show
Next : Emmerdale fans ‘in tears’ as Faith makes heartbreaking hidden hint amid new decision