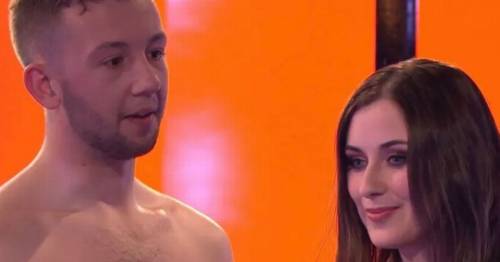 Over the years, Channel 4 's Naked Attraction has shocked viewers as contestants looking for love literally reveal all on their quest to find a soul mate.

In last night's episode, the show looked back through the archives of some of the best clips from the hit series and host Anna Richardson met polyamorous pair Matt and Mary.

The couple from Manchester had been together for four years when they appeared on the dating show on the hunt to find a third partner to add to their relationship.

At the start of the special, Mary revealed that she was bisexual while Matt introduced himself as heterosexual and the pair confessed that they were looking to enter a polyamorous agreement with another woman. 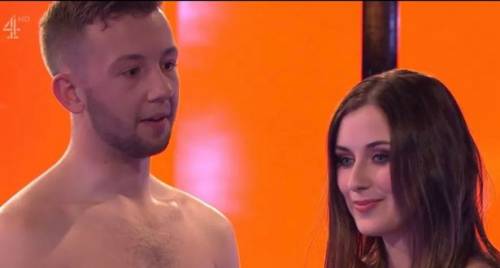 Matt and Mary were hoping to find a third person to join their relationship.

"It's not just about threesomes or having sex…we both like girls," Matt explained to presenter Anna.

"We're just exploring a new possibility and seeing if it can work really," Mary added.

Their desired unconventional relationship status was a first for the controversial show which had previously never had a polyamorous appear on air before.

However, throughout their quest to find the perfect addition to their dynamic, the pair struggled to agree on who would be the best fit for their relationship.

While Mary was keen to check out the person in the pink box, Matt found himself more drawn to the body in front of the green screen.

After some bickering and debate about what kind of woman they were looking for, the Manchester couple narrowed it down to contestants Georgina and Cara.

The Manchester couple bickered throughout the process before whittling it down to two contestants.

Nurse Cara was the eventual winner of Matt and Mary's affections and the naked trio headed off on a date together.

She appeared to be a good pick as the potential throuple were filmed sharing kisses with each other while enjoying an evening out together.

"We'd love to take it further, just fingers crossed it works out really," Matt confessed to the cameras throughout the date.

However, when it came to the catch up segment of the show, a few surprises were revealed. 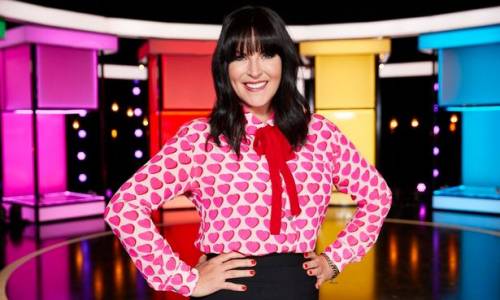 Presenter Anna Richardson has hosted the hit Channel 4 since it first aired in 2016.
(Image: Channel 4)

The couple revealed that while after the date they did participate in a group WhatsApp group chat to swap messages, the trio hadn't kept in touch.

But that wasn't the big shock – viewers were stunned when Matt and Mary shared the fact they were no longer in a relationship after appearing on the Channel 4 show.

Naked Attraction has been shocking audiences since it first appeared on our screens in 2016.

The controversial dating show has previously been dubbed "a new low for TV'" but is now on it's 8th series after becoming a hit with viewers.

The format sees a singletons go about the dating process in reverse as a clothed person is faced with six naked people who are initially hidden in booths. Their bodies and faces are gradually revealed through successive rounds.

At each round, the chooser eliminates one naked person until only two are left, when the chooser also takes off their clothes to make the final choice of who they want to take on a date.